A Peek at the Contract in “Glass Onion: A Knives Out Mystery” (Partial Spoiler Alert!)

Last night I watched the Netflix movie Glass Onion: A Knives Out Mystery with my daughter Sydney, who’s home for the holidays. (If you haven’t seen the movie, this reveals a piece of the puzzle, so you might want to stop reading.)

We found the movie entertaining, but given that my life’s work consists of rooting around in the contracts boneyard, the key moment was the one second during which we see the first page of a contract that establishes an important plot point. Thanks to Sydney, here’s a screenshot: 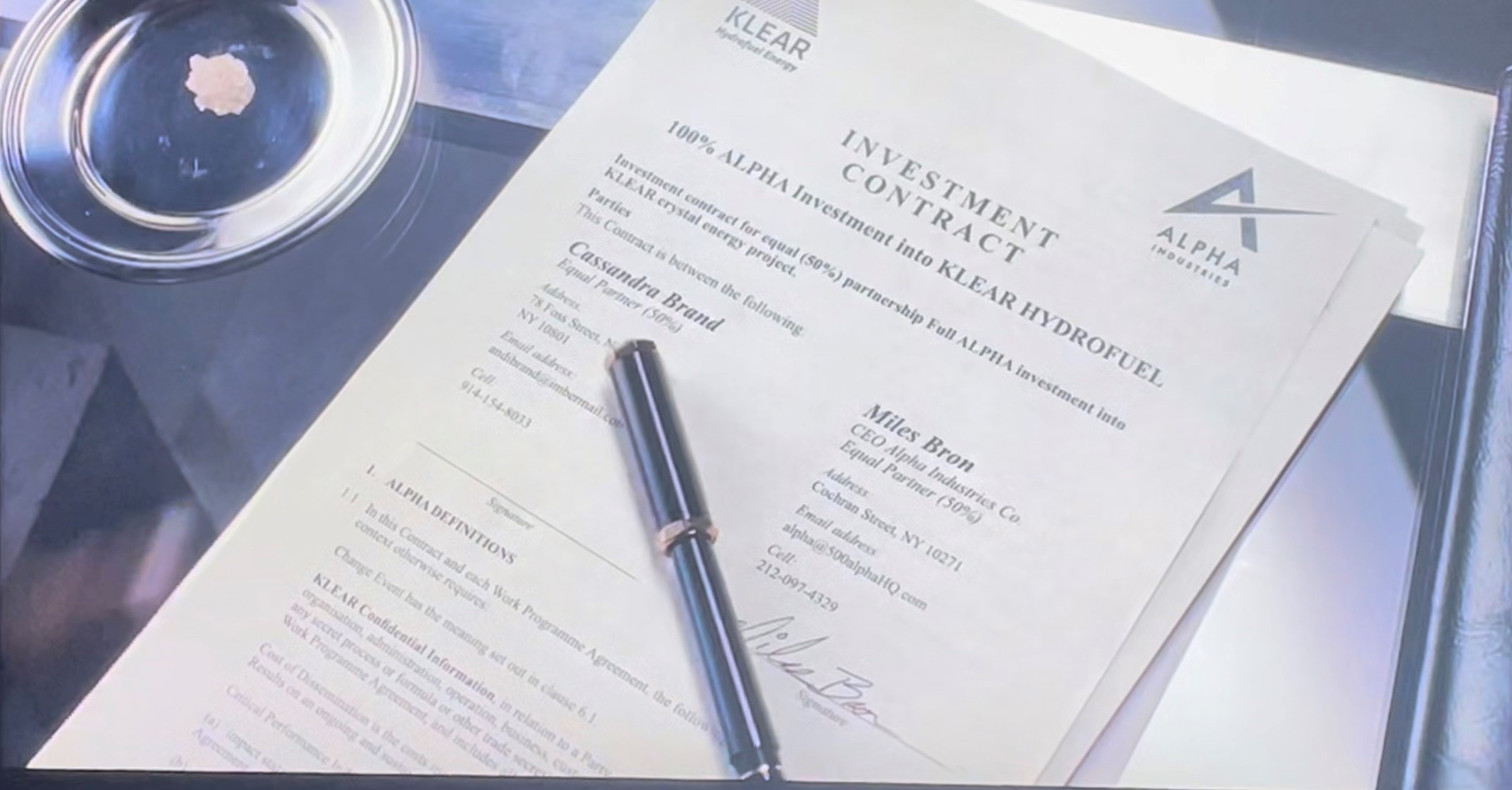 The reason for the contract is that one character, Miles Bron, was, in the words of another character, “willing to give the company’s entire resources to launch this thing,” namely a “new hydrogen fuel,” KLEAR Hydrofuel. Miles owned the company (Alpha Industries) with Cassandra Brand, hence the ostensible need for a contract.

Here are my thrilling insights:

Thus endeth this exploration of an alternate-Hollywood-reality contract. (For another example, see my 2018 blog post about the contract featured in the movie Ready Player One.) Contracts in movieland seem as messed-up as contracts in real life, but less depressing.

7 thoughts on “A Peek at the Contract in “Glass Onion: A Knives Out Mystery” (Partial Spoiler Alert!)”