A User of “States” Instead of “Represents and Warrants” Reveals His Identity! 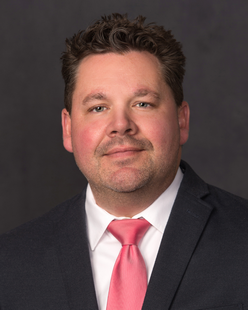 But my recommendation that you use states comes with a health warning: Whether you should deploy states depends on the context. The phrase represents and warrants is deeply stoopid but poses little risk of confusion, so generally nothing would be gained by changing represents and warrants to states in the other side’s draft. (But see this 2019 blog post about a context where represents and warrants can cause problems in commercial contracts.) And in conservative practice areas, notably mergers-and-acquisitions, using states in your own draft might well cause enough bewilderment that it wouldn’t be worth it.

With that preamble, I can now reveal the identity of a man who is a respected lawyer yet has lived the shadow life of an outlaw. A man willing to defy convention. A man who has *checks notes* written several articles for Practical Real Estate Lawyer, including this one on issues in Montana real estate transactions. I introduce to you Kevin Heaney, partner in the Billings, Montana, office of the law firm Crowley Fleck and user of states! (Yes, that’s him to the right.)

Here’s what Kevin had to say on the subject:

Since reading Ken’s scholarship on represents and warrants years ago I have deployed states in lieu of represents and warrants in most contracts I draft. I have lived to tell the tale, and opposing counsel rarely expresses concern. If you are a skeptic, I encourage you to read Ken’s material. It should resonate and will give you the confidence to make the switch. I rarely change represents and warrants to states when reviewing the other side’s draft because of the consternation it can create (but I do cringe a little). From a broader perspective, represents and warrants is a microcosm of the dysfunction pervading traditional contract drafting but was my springboard into genuinely appreciating the entire premise behind MCSD.

The full story of represents and warrants is in this law-review article from 2015; MSCD contains the gist of it. No one has attempted to challenge it in a serious way. Why not? Because of inertia. Because of cognitive dissonance. And because I’m right. Game over, case closed.

If any of you have used states and lived to tell the tale, I’d be pleased to hear about it.

By the way, Kevin and two of his colleagues participated in a recent series of Drafting Clearer Contracts: Masterclass. Check it out; the next series starts on Monday, 5 October.

3 thoughts on “A User of “States” Instead of “Represents and Warrants” Reveals His Identity!”