I recently had a random Edgar encounter with the following set of internal rules of interpretation: 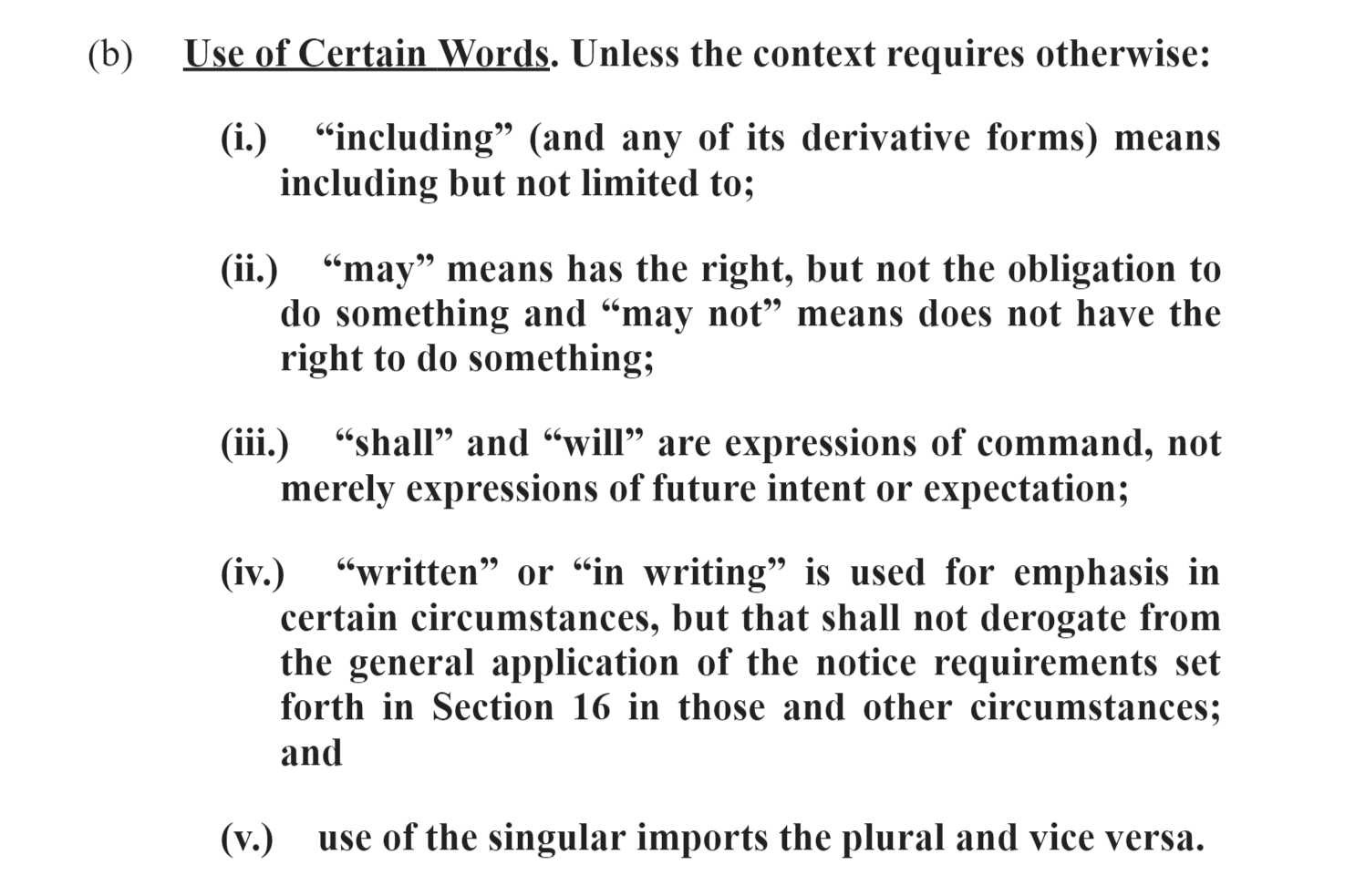 Welcome to the suck: the first, second, third, and fifth are hopeless. And dig that crazy period-and-parentheses enumeration combo.

But the fourth is what caught my eye. So the notices provision says that notices must be in writing to be effective, but elsewhere we’re going to sporadically say written notices or notices in writing, just to remind the other side that, yes, notices have to be in writing. Otherwise, a reader might consider a given provision in isolation and attempt to give notice by phone or in a face-to-face conversation.

I think that internal rule of interpretation is a bad idea, for two reasons.

First, saying in the deal terms that notices have to be in writing is redundant, given what the notices provision says. You should never say the same thing twice in a contract, and one reason for that is implicated here: it adds unnecessary words. I suggest that fear that the other side might try to give notice orally isn’t worth eliminating the in-writing requirement in the notices provision in favor of adding it to each deal-term reference to giving notice.

So the fourth rule of interpretation joins the others on the scrapheap.