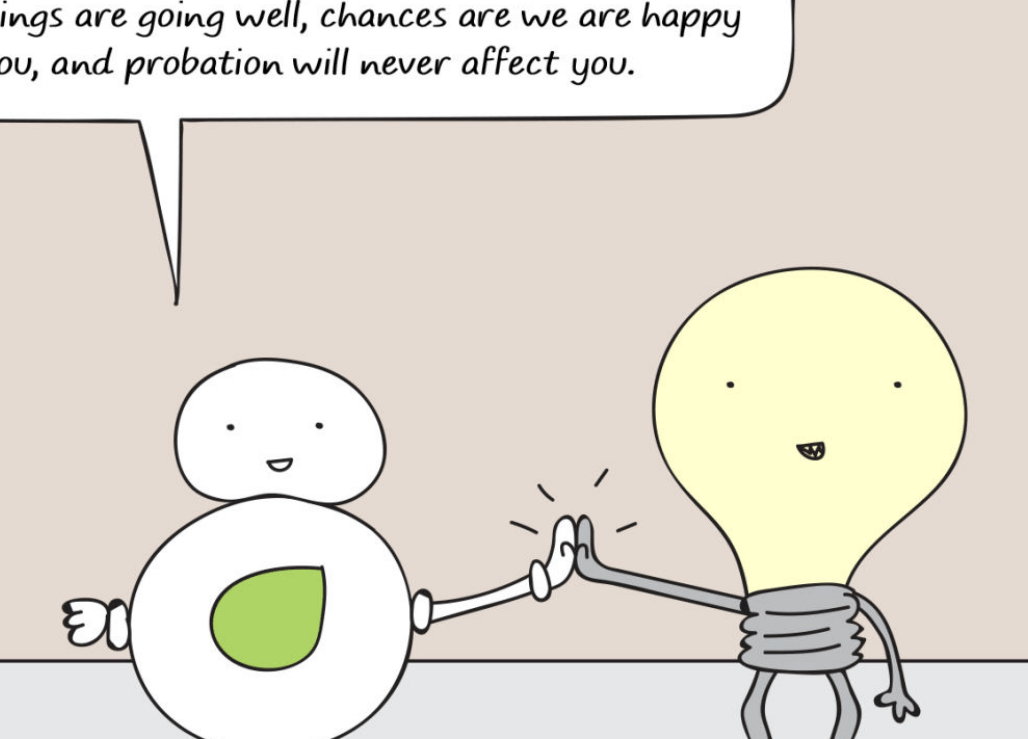 Let me get one thing out of the way:

Instead, the issue I have with legal design is that in my experience, enthusiasm for legal design tends to be inversely proportional to command of legal prose.

Which brings us to cartoon contracts, more specifically this week’s article in the Wall Street Journal entitled “Lawyers Turn to Comics for Help With Boring Contracts” (subscription required). (Thanks to longtime reader and sounding board Vance Koven for the tip.)

Sure, adding cartoons to routine contracts might help capture the reader’s attention. And as the article says, cartoon contracts are “especially handy in situations where people lack a formal education, have limited literacy skills or aren’t knowledgeable about the legal system.” But what the article has to say is consistent with my general sense that the legal-design cart is usually put before the legal-prose horse.

For one thing, the following two extracts from the article suggests that people opt for cartoon contracts as an alternative to the dysfunctional traditional prose of contracts:

After he became a lawyer, he got annoyed with long, convoluted contracts that were largely unreadable.

“The idea that a contract must have this familiar written, turgid prose connected to it is just not correct,” said Thomas D. Barton, a law professor at California Western School of Law in San Diego.

If you go straight to cartoon contracts from dysfunctional traditional prose, you’re missing a sensible intermediary step: clear prose. Once you have clear prose, you can then assess what, if anything, legal design has to offer.

If a lack of command of legal prose plays a role in opting for cartoon contracts, you’d expect that to be evident in prose that features in cartoon contracts. The WSJ article offers some evidence to that effect, in the form of the following extracts from the cartoon contract that was the focus of the article, the employment agreement used by Australian engineering and consulting firm Aurecon:

We will require satisfactory preemployment checks (e.g. background, education, right to work, etc.) which are required before you commence. Additionally, workplace scenarios, client or legal regulation may require us to check some things about you.

We realise probation can feel a bit uncomfortable, but think of it as an initial and mutual testing of the working relationship. If you are happy with us and things are going well, chances are we are happy with you, and probation will never affect you.

That’s some clumsy and opaque prose, particularly the first extract. Here’s my attempt to say more clearly whatever they were trying to say:

It’s a condition to your joining us that we don’t find any problems when we check your background, your education, and your right to work in this country. After you join us, situations at work, client needs, or changes in the law might require follow-up checks.

You might feel awkward about being on probation, but think of it as a way to test our working relationship. If you’re happy with how things are going, chances are that we’re happy too, and you’ll breeze through probation.

And let’s be realistic about what cartoon contracts can achieve. If you’re relying on pictures to express meaning, as opposed to adding a touch of whimsy to words, you’re in the realm of the semiliterate, and you’ll be severely limited in what you can express.