Contract-Drafting Misinformation in the Marketplace of Ideas

Last night I did the following retweet of a live tweet from a conference: 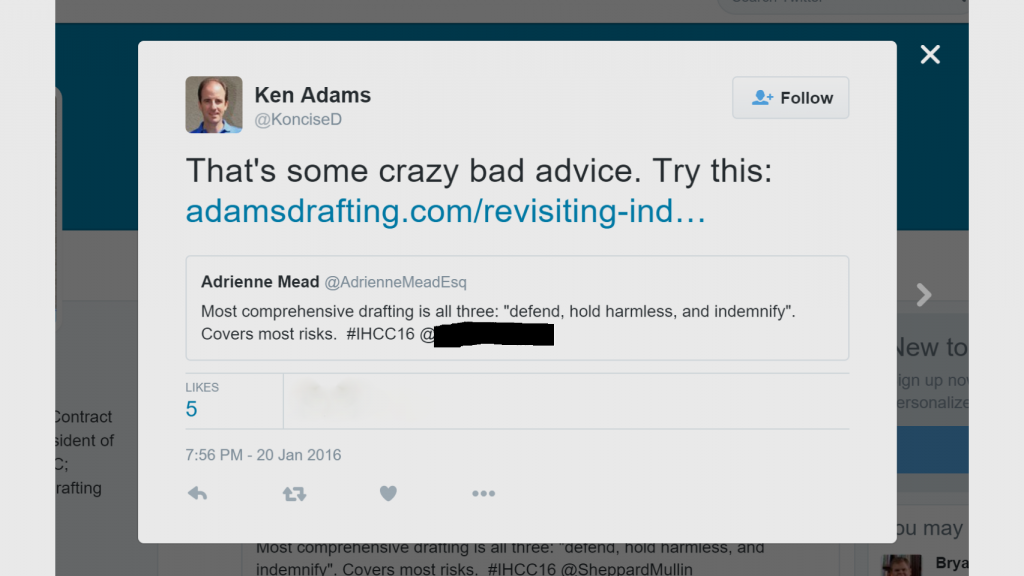 My intent isn’t to embarrass anyone—hence my amateurish redacting of the name of the law firm that offered this advice. Instead, it gives me an opportunity to make the following points:

If you think I’m wrong about this or anything else, I’d love to hear about it.