More specifically, he says, “Your user agreement sucks. … I’m going to suggest to you that you go back home and rewrite it. And tell your $1,200-an-hour lawyers—no disrespect, they’re good—but tell them you want it written in English, in non-Swahili, so the average American can understand it. That would be a start.”

Because I’m usually the guy who says a given contract, uh, sucks, following a tip from Dan Deacon I took Senator Kennedy’s remarks as an invitation to have a look at Facebook’s terms of service.

But since I’m here, I offer you two extracts marked to show changes. There’s room for improvement: apparently Facebook wasn’t interested in creating terms of service of the highest quality. Here’s section 9, chosen at random (I eliminated the enumeration within the section):

And here’s the section on dispute resolution: 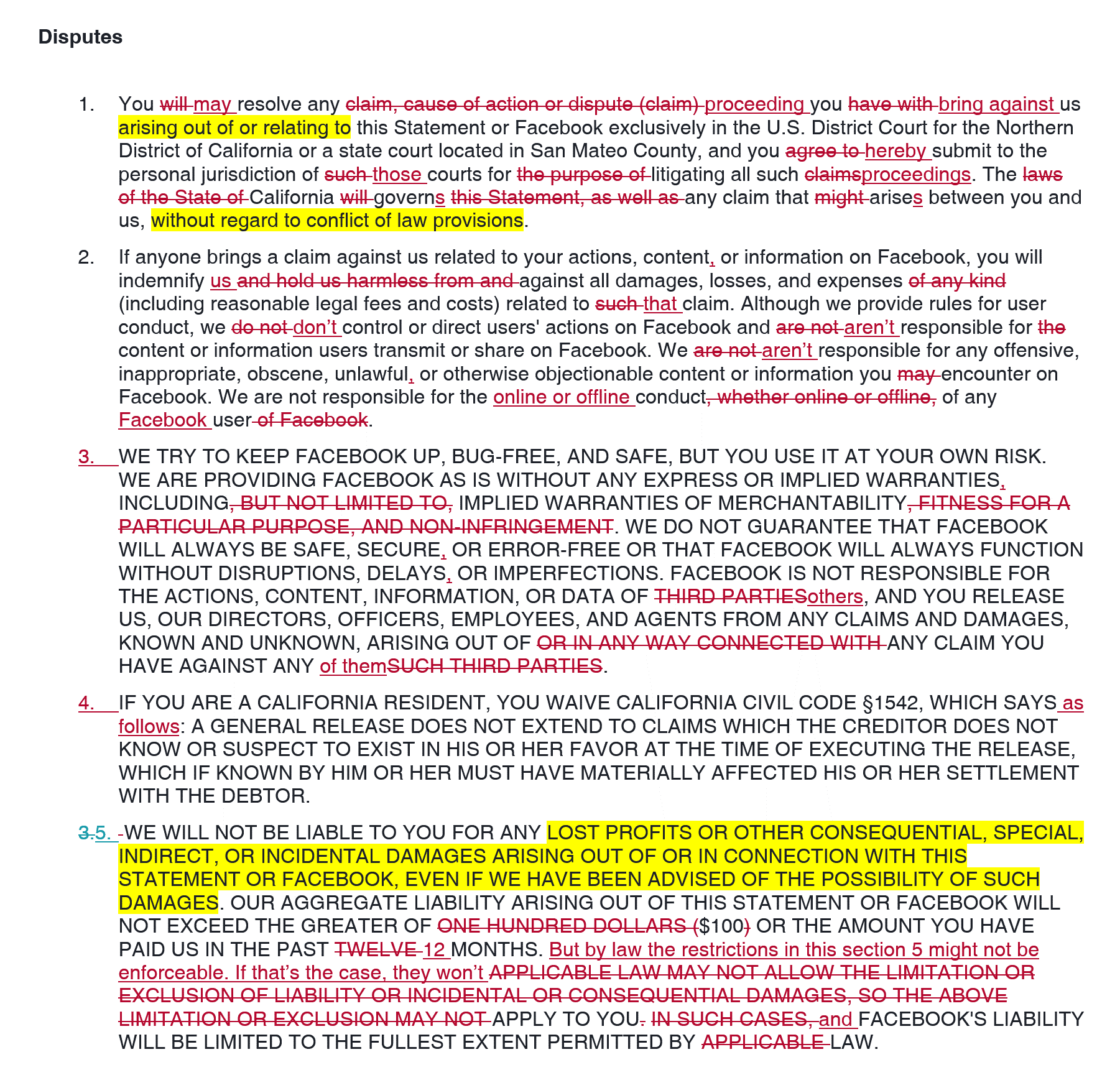 Such provisions are invariably unnecessarily legalistic, and that’s the case here. For one thing, COOL IT WITH THE ALL CAPITALS! And I highlighted in yellow those parts that are particularly misconceived. Go here, here, and here for related blog posts. (The most up-to-date analysis of the first and third of these issues is in the fourth edition of A Manual of Style for Contract Drafting