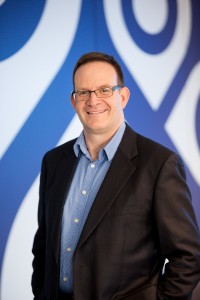 Longtime readers will remember Andrew Godwin, Senior Lecturer in Law and Director of Transactional Law at Melbourne Law School, as I did this Q&A with him in 2012. And since then, he’s been my gracious host on my seminar trips to Australia.

Given that my March “Drafting Clearer Contracts” seminars in Beijing, Shanghai, and Hong Kong (information here) are fast approaching, I thought it time to speak with Andrew again, this time about his book China Lexicon: Defining and Translating Legal Terms. It’s a bilingual compilation (in both English and Chinese) of articles that Andrew has written since 2010 for his regular monthly column “Lexicon” in China Business Law Journal. China Lexicon explores issues concerning language, the law, and lawyers.

Ken: OK, Andrew, allow me to be crassly direct, in my American way. Who should read this book, and why?

Andrew: Anyone who’s seriously involved in cross-border deals with China. That’s because in addition to exploring issues relating to legal language and drafting, the book explores legal concepts from a comparative perspective. In other words, I look at fundamental legal concepts in areas such as contract law and property law and how these concepts are treated in China and in common law jurisdictions. And it’s meant to be practical. For example, each chapter ends with a list of discussion points, with the idea that they could form the basis for a lunchtime training session.

Ken: Could you give me an example of some of the topics you discuss?

Andrew: I explore a number of issues that resonate with what you have written about, Ken. For example, I identify the correct words in English and Chinese to describe the language of obligation (shall) and discretion (may) and the impact of this on contractual interpretation. I also look at other words, such as assign and transfer and the different treatment of a novation and an assignment under Chinese law and English law. In each case, I illustrate the differences by referring to specific concepts and examples. And the book explores issues such as conflicts of interest, the professional duties to which lawyers are subject, and concepts such as professional privilege.

Andrew: Over the past decade or so, doing deals in China has become less idiosyncratic as the Chinese have become more familiar with cross-border contracts and the various ways in which foreign investment draft and negotiate contracts. But there are still a few things that set the Chinese apart from many other markets: the emphasis on relationship over contract; the preference for contract drafting that focuses on high-level principles instead of detailed contingency planning; the involvement of government in approving certain investment contracts (although this has relaxed in recent years), and last but not least, the increasing sophistication and complexity of the Chinese legal system.

Ken: What are the risks associated with ignoring the issues you discuss in China Lexicon?

Andrew: In many respects, the risks are the same as in all other markets. These include the failure to structure a transaction in compliance with the local law and a disconnect between the contract and the intention of the parties. In particular, a couple of the chapters in the book explore issues to do with cross-cultural communications and negotiations. As in most relationships, communication—and communicating in the right way—is key to increasing the chances of successfully closing a deal.

Ken: Last year I did this Q&A with Steve Dickinson of China Law Blog on English-language contracts in China. I know you’ve had a chance to read it. Did it prompt any thoughts?

Andrew: Steve made a number of important points, particularly the need to draft contracts in clear English and avoid the unnecessary legalese that you have been railing against for so long. Doing deals with China is actually a good discipline: because so many contracts need to be prepared in both English and Chinese, the only way to make sure that both versions are as equivalent as possible is by adopting clear language in the working language (which is usually English).

Ken: How do you come to have a connection to China? What was the attraction?

Andrew: A couple of factors propelled my interest in China: growing up with classmates who came from China, and my preference for learning Chinese over learning French. I found French too fussy, particularly as a result of all of the confusing accents. Interestingly, the fact that Chinese was a tonal, non-phonetic language didn’t bother me! In fact, much of my life is attributable to that fateful decision to learn Chinese at secondary school. Were it not for my Chinese studies at school and university, I wouldn’t have met my wife, I wouldn’t have my career and I wouldn’t have my two daughters, both of whom were adopted in China during our decade in Shanghai.

Ken: Well, there goes any chance of my doing in-house seminars in France! But a little birdie told me that another seminar trip to Australia might be in my future.

Andrew: It’s possible that we might tolerate a further incursion. Of course, I’ve done my best to suppress the urge to invite you to return, but people keep calling me to ask when you’ll be back!