Doing That Bracket Thing in Your Signature Blocks

Yesterday I saw an English template contract that had in the signature blocks three brackets (or rather, closing parentheses) one on top of the other. I recall Mark Anderson (aka @IPDraughts) have mentioned that practice at some point, so I asked him about it again. Here’s what he said:

You are supposed to sign in the space to the right of the brackets. To the left, should be typed:

Signed by Joe Bloggs
On behalf of
General Trading Limited

This is a very trad style which is gradually going but still has some life in it.

Sometimes a party will sign after “signed by”, particularly if this space has not been completed with the individual’s name.

Below is my mockup of what this would look like: 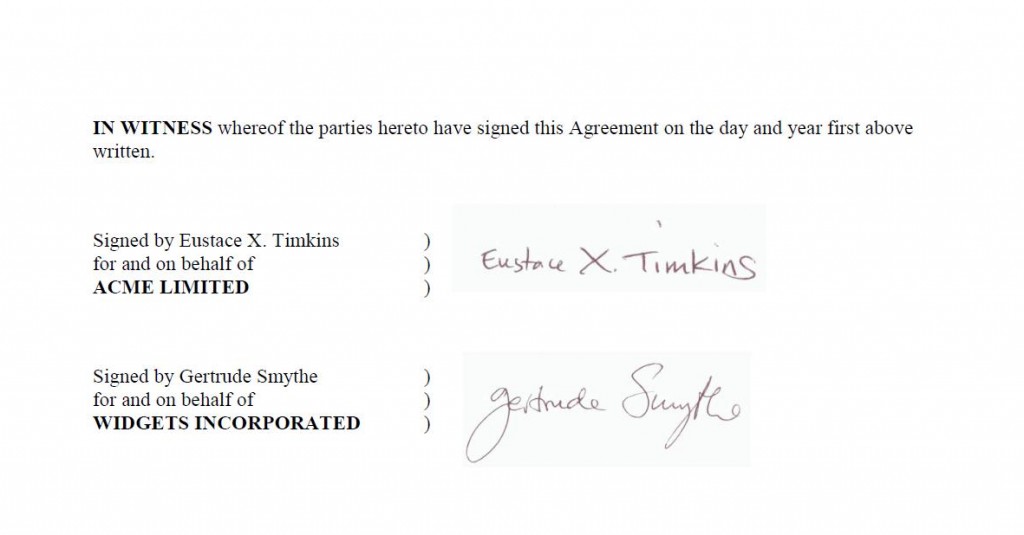