While rooting around on Edgar, as is my wont, I came across the following: 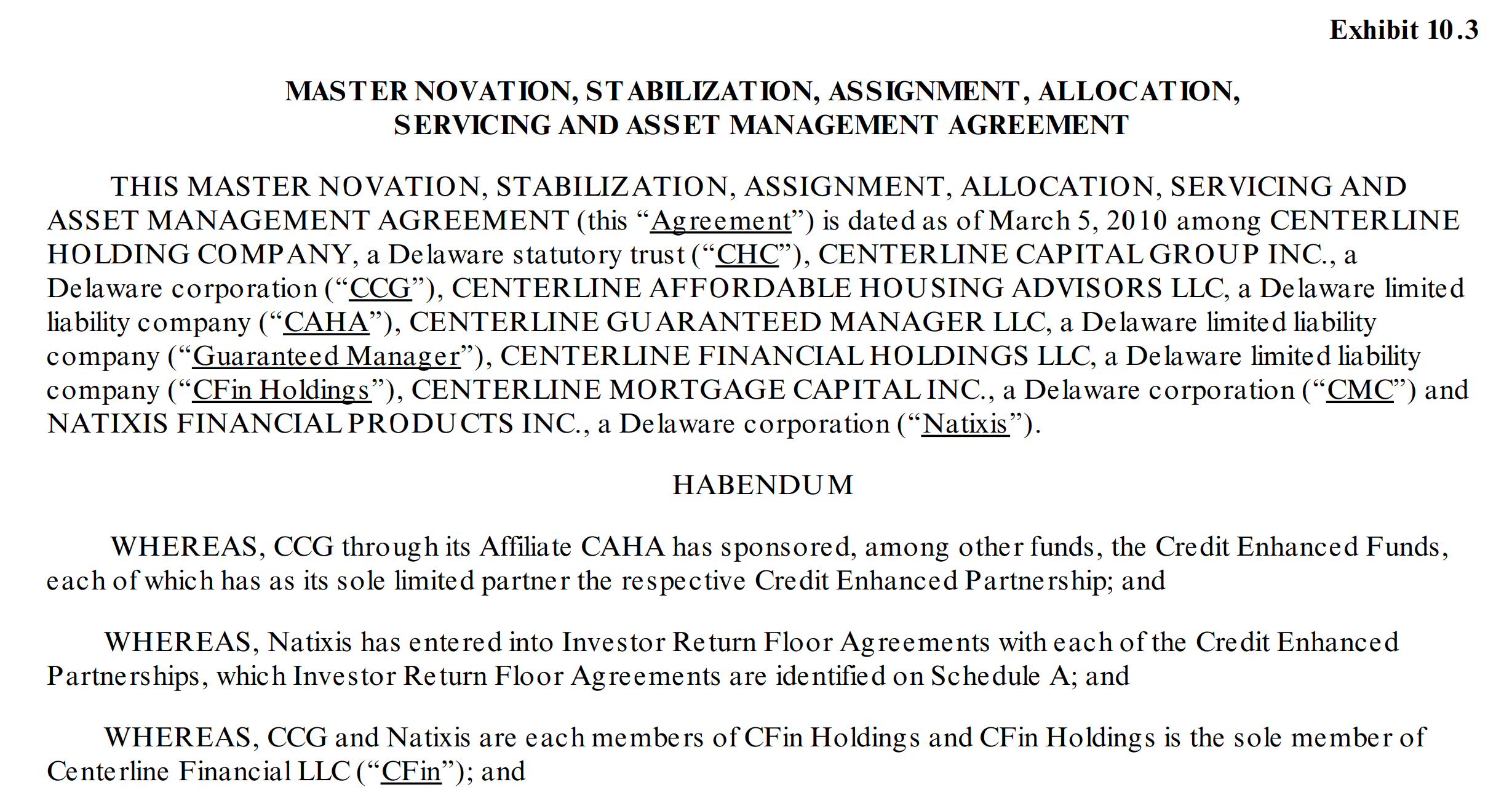 You see it? Bang in the middle? “HABENDUM”!

I know I don’t get out much, but I’d never seen habendum before. Here’s what Black’s Law Dictionary has to say:

habendum clause (hə-ben-dəm) (1829) 1. The part of an instrument, such as a deed or will, that defines the extent of the interest being granted and any conditions affecting the grant. • The introductory words to the clause are ordinarily to have and to hold. — Also termed to-have-and-to-hold clause. 2. Oil & gas. The provision in an oil-and-gas lease defining how long the interest granted to the lessee will extend. • Modern oil-and-gas leases typically provide for a primary term — a fixed number of years during which the lessee has no obligation to develop the premises — and a secondary term (for “so long thereafter as oil and gas produced”) once development takes place. Most jurisdictions require production of paying quantities to keep the lease in effect. — Often shortened to habendum. — Also termed term clause.

As for how it’s used in contracts, here’s an example from an oil-and-gas lease:

1.1 Grant. For and in consideration of TEN AND NO/100 DOLLARS ($10.00)] cash and other good and valuable consideration paid to WI Owner , the receipt and sufficiency of which are hereby acknowledged, WI Owner hereby GRANTS, BARGAINS, SELLS, CONVEYS, TRANSFERS, ASSIGNS, SETS OVER, AND DELIVERS unto Assignee an overriding royalty in the amount of an undivided two and one-half percent (2.5%) of 8/8 of all Overriding Royalty Hydrocarbons (as defined below) produced, saved, sold and marketed from or attributable to the Subject Interests (the “Overriding Royalty”).

1.2 Habendum. TO HAVE AND TO HOLD the Overriding Royalty unto Assignee , and Assignee ’s successors and assigns, as set forth herein.

Here’s an extract from a 2010 indenture:

TO HAVE AND TO HOLD all and singular the aforesaid property unto the Trustee, its successors and assigns, in trust for the benefit and security of the Noteholders from time to time of the Notes, and for the uses and purposes and subject to the terms and provisions set forth in this Indenture.

I’m willing to have a laugh over witnesseth—it’s so obviously useless and utterly archaic. And it’s parked at the top of a set of recitals, so it’s soon out of the way. By contrast, habendum and the associated to have and to hold are aggressively obscure, and they’re in the heart of things. And where you see them, you’re assured of seeing a whole lot of other drivel.

I have zero experience with the kinds of contracts that feature this stuff, but I can say that whatever a habendum clause is meant to accomplish, the name habendum and the phrase to have and to hold are nonsense. They’re perpetuated by those milking, or in thrall to, a misbegotten system.

When you traffic in nonsense, you do nonsensical things. Like use habendum as the title for a set of recitals, as in the image at the top of this post.