Here’s How the “Has a Duty” Test Works 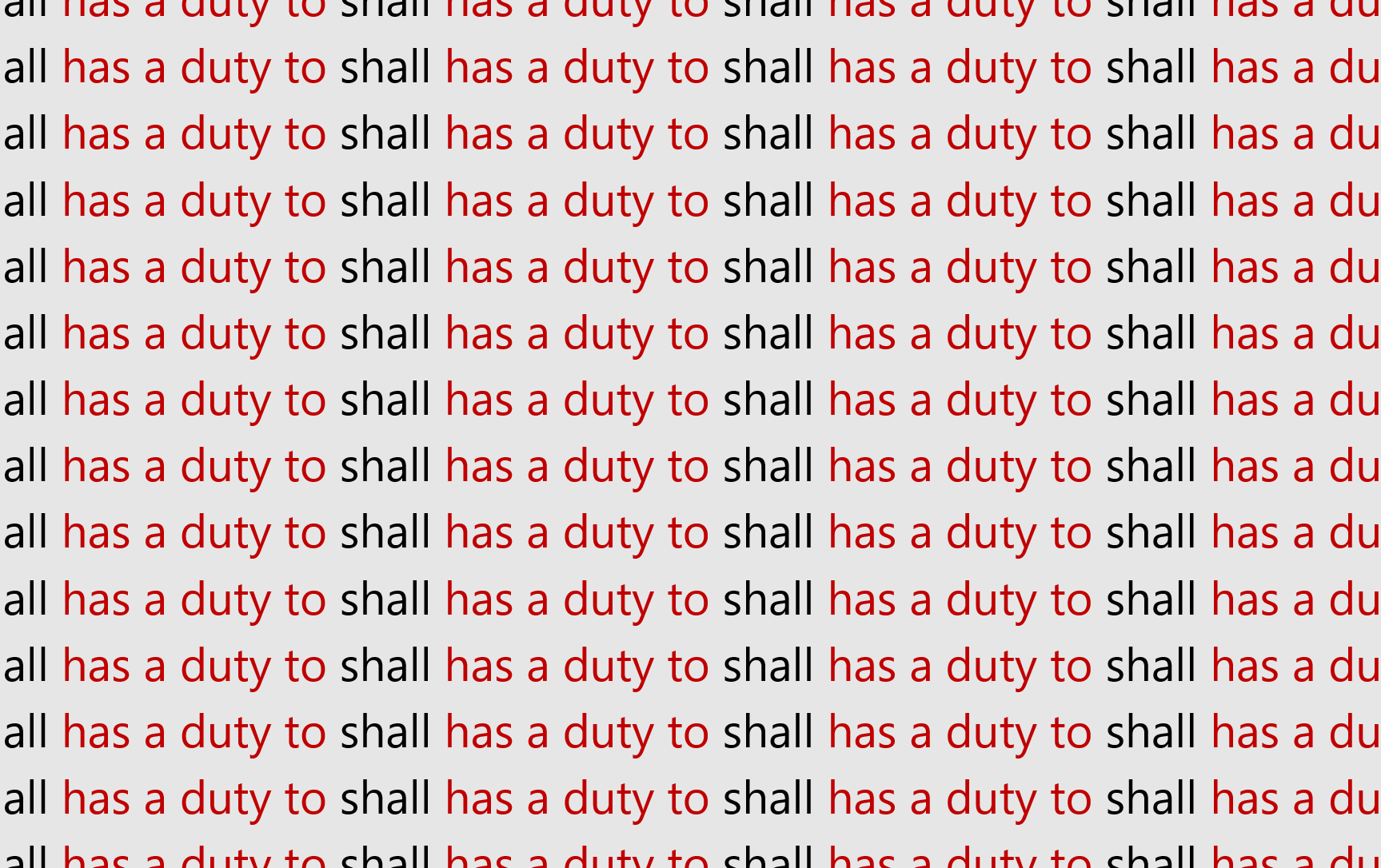 For 15 years I’ve been haranguing people about the has a duty test. I can be relied on to ask a given group, way too many times, What is the first diagnostic test? In my dreams, those in attendance respond in unison, boot-camp style: The has a duty test!

Allow me to explain. The foundation of controlled drafting is how you use verb structures to establish the kind of meaning you wish to express. To make this kind of choice more systematic, I’ve devised a framework of different kinds of meaning and the verb structures associated with each kind of meaning. I call this framework “the categories of contract language.” Go here to see my quick-reference chart of the categories of contract language.

A symptom of verb-structure chaos in traditional contract drafting is overuse of shall. By contrast, in my framework shall serves only to impose a duty on a party that is the subject of the sentence, as in Acme shall purchase the Shares. To make it easier to spot instances of shall being used in other contexts, I encourage people to see if a sentence makes sense if in your mind you replace shall with has (or have) a duty to. Hence the has a duty test. And I recommend that if you see a shall, the first thing you do is apply the has a duty test.

But applying the has a duty test requires varying degrees of semantic acuity. At the most obvious level, you have sentences where the subject is other than a person:

This agreement shall be governed by Ruritanian law.

This agreement has a duty to? *wrong-answer buzzer sound effect* That doesn’t make sense.

In sentences in the passive voice, it’s also obvious that the has a duty test doesn’t work:

The rent shall be paid by the Tenant on the first of every month.

The rent as a duty to? Nope.

That’s the case even if the passive subject is a person:

Acme shall be granted the License.

Things get more subtle when the subject of the sentence is a person but isn’t a party:

The auditors shall submit the report no later than 90 days after the Claim Date.

Here’s my final example, which features shall used inappropriately in a restrictive relative clause:

The SOW exclusively defines the scope of the services that Acme shall provide to the Customer.

… that Acme has a duty to provide to the Customer? At first it seems OK, but then you recall that this sentence isn’t attempting to create an obligation. It might represent an attempt to refer, unnecessarily, to the future, but mostly it’s an artifact of addiction to shall. It should just say that Acme provides.

So the has a duty test isn’t a magic incantation: applying it requires that you keep your wits about you. But you quickly get the hang of it. What’s most important is that you keep applying it. To. Every. Single. Shall.

By the way, just because a shall passes the has a duty test doesn’t mean your work is over: the issue in question might make more sense expressed as a condition instead of an obligation. A test for whether something works as an obligation is whether it would make sense to bring an action for breach. See this 2007 post for more about that.

(Hey, you want to hear me ask you 15 times, “What’s the first diagnostic test?” Then sign up for my new online course, Drafting Clearer Contracts: Masterclass. And wondering why I use shall at all in contracts? See this 2014 article.)