I Sold My Soul to Delta Airlines. Here’s What I Got in Return 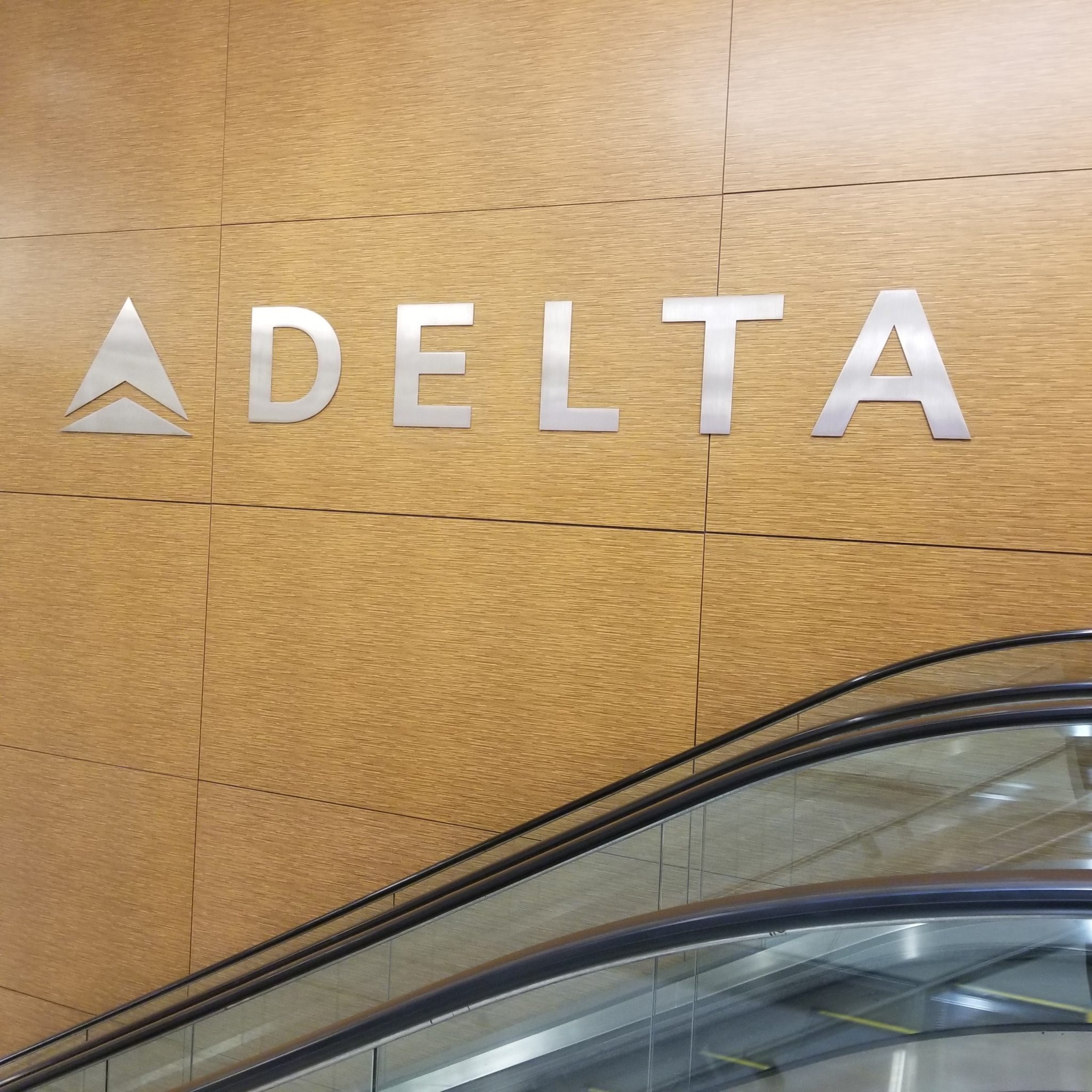 I cast my lot with Delta Airlines in 2007. I much preferred their livery to that of American Airlines—we sometimes make for the slightest of reasons what turn out to be nontrivial decisions. A couple of years ago I became a Delta Million Miler. And in 2020 I’ll add another year to my streak of being a Diamond Medallion member—the highest level—after spending in 2019 almost double what’s required for Diamond Medallion status.

So I have some Delta juice. I don’t expect to reach this level of Delta activity again, so now seems like a good time to assess how my relationship with Delta has worked out.

I spend with Delta pretty much my entire air-travel budget. In the process, I’ve embraced Delta’s version of gamification—applying game-design elements and game principles in nongame contexts. Anyone who travels a lot is familiar with gamification, as hotels and airlines deploy it relentlessly in a bid to wrestle some or all of your money from the competition. We scurry around accumulating points or miles, and we work the angles to nurture our status.

In my case, if getting somewhere with Delta requires one or even two layovers, I’ll do it, even if I could fly direct with another airline. And I’ve been known to turn a trip halfway around the world into two trips, with the day-long homeward leg of one trip to Asia followed a day later by the day-long outward leg of the next trip, also to Asia. I have a Delta Reserve American Express credit card—the Delta algorithm takes that into account in determining how worthy you are. I’ve linked my Lyft car-service account to my Delta SkyMiles account. And so on.

What have I gotten in return for this commitment? Here are the various benefits, ranked in the order of how important they are to me.

As a Diamond Medallion member, I get to board with first class. That means I get to my seat quickly, and I’m certain to be able to stow my carry-on in one of the overhead luggage bins by my seat. If instead I were in the middle of the pack, boarding would take longer, and I’d have to jockey for dwindling luggage space. I’m happy I’m able to avoid that.

I can generally count on being upgraded to a Comfort+ seat shortly after booking. The extra four inches of legroom make all the difference. I could pay a little extra book a Comfort+ seat, but why bother, if I’ll get one anyway?

I’m also eligible to be upgraded to first class on flights within the United States. You get a bigger seat with more elbow room, and on longer flights you get decent meal. This year that has happened more often than not. The screenshot to the right is of my upgrade prospects for my final purchased trip of the year, from New York JKF to San Jose. I was ranked first among the 25 people eligible for an upgrade, so it’s no surprise that I did get the upgrade. (Yes, you get to see exactly what kind of juice you have.)

But I don’t get too excited about first class. On a few domestic routes you can get upgraded to Delta One. That’s a big step up from what you get in first class, and it happened once this year, on a flight from New York to Seattle. But more about Delta One below.

Given the extent to which I travel, I appreciate being able spend time in Delta Sky Clubs. They give me a quiet place to work, with Wi-Fi access. And the food is decent, so I don’t have to rely on getting food on the plane if I don’t want to.

When my travel plans are disrupted, I call the Diamond Medallion help line. I know that someone will quickly do their best to make alternative arrangements. Recently, my flight from Seattle to Tokyo was cancelled because of a typhoon; with guidance from the help line, I raced off the plane I had just boarded at JFK and soon found myself on a China Southern flight to Guangzhou, where I got another China Southern flight to my final destination, Singapore. Diamond Medallion members can’t count on getting perks on flights on partner airlines, so I was in steerage, but who cares—I arrived in Singapore when I needed to.

But generally, Delta’s partner airlines keep an eye on Diamond Medallion members. I witnessed that on my last flight of 2019, on KLM from Geneva to New York via Amsterdam. I had to change from Air France to KLM the day before the flight, so I wasn’t able to pick my seats. The check-in agent in Geneva gave me a middle-row seat in economy for the flight from Amsterdam. I had settled in my seat and was resigning myself to a seriously cramped flight when the senior purser suddenly appeared and announced that I should have been placed in a better seat. Some middle Comfort+ seats were available, but instead he whisked me off to an economy exit row, where he put me in the aisle seat, with an empty seat next to me and endless legroom. I appreciate that kind of attention.

Delta allows Diamond Medallion members to select from among a set of perks. My main perk is four global upgrade certificates (GUCs) a year. A GUC puts me in the running to upgrade to Delta One on one leg of an international trip.

With Delta One, you get a seat that turns into a bed; comfortable bedding; direct access to the aisle from every seat; good food; attentive service; and a measure of privacy. But applying a GUC to a trip only gets you on a waiting list. One challenge is that according to industry observers, these days fewer unsold Delta One seats are available, as Delta has decided that selling Delta One seats at a discount is preferable to giving them away. Another challenge is that those on the waiting list are ranked by the Delta algorithm.

Over the years I’ve gotten a Delta One seat, oh, more than 15 times but fewer than 20 times. Perhaps inevitably, the thrill has worn off—the swankiness isn’t a high priority. I realized that on one of this year’s trips to Asia. The Wi-Fi didn’t work, so instead of being able to get a lot done, I was reduced to sitting in my gilded cage watching stuff I didn’t really want to watch and getting impatient. But Delta One pays off when I’m on a lengthy overnight flight and would like to arrive perkier than I would be if I were in a regular seat.

In the early days, frequent-flier programs were all about miles. I amass significant miles, and I use them for several trips a year, but they’re perhaps the least significant benefit. All they do is save me money. I’m more interested in convenience and comfort.

I get other goodies. A Tumi bag on becoming a Delta Million Miler. Status luggage tags, presumably for preening. Tiffany gift certificates. Complimentary CLEAR membership. Such benefits are nice but not particularly meaningful.

If you have resources, you use them to make life more comfortable or more interesting. Often the result, intended or incidental, is to separate you from those who are different or who have fewer resources. Generally, it’s best to strike a balance. On the one hand, you want what you want. On the other hand, if you insulate yourself from others, there’s a good chance you’ll end up thinking of them as contemptible, and you’ll be the jerk.

This comes to mind for two reasons. First, in the travel industry, usually the process of allocating different spaces to groups with different resources is relatively frictionless. But in an airplane, the stratification is in your face. If you’re not in first class, usually you walk through the more expensive real estate (and those settled into it) before reaching your allotted space. And even if first class and the main cabin have separate entrances, all that divides them is a gauzy curtain.

And second, airlines generally, and Delta in particular, do their darnedest to cultivate an air of prestige for their dedicated travelers or those willing to spend liberally. Three examples come to mind:

So anyone who travels a lot in airplanes is exposed to the prestige delusion. Despite blandishments of this sort, I’ve ultimately avoided buying into the prestige delusion. I see my relationship with Delta in utilitarian terms. I don’t look to them to bolster my self-esteem. (So no, I didn’t really sell my soul to Delta. I permitted myself the hyperbole.)

Every year I say I won’t travel as much as the previous year. Usually that’s not how it works out, but I can’t imagine traveling in 2020 as much as I did in 2019.

Not including flights that I paid for with miles, I flew 58 segments with Delta or one of its partners. (A trip where you change planes once counts as two segments.) Plenty of people travel more than I do, but I don’t know how they handle, for example, their family obligations. Or how they stay in shape!

And unlike in previous years, I’m now part of a production line. Traveling constantly is inconsistent with getting work done efficiently: “I’ll do it on the plane” or “I’ll do it in the hotel” is easier said than done.

So I’ll travel less in the future, and my clout with Delta will diminish. I’ll miss the gamification—being a willing rat running on Delta’s treadmill. And I’ll miss some of the perks. But as I noted in this LinkedIn article, what matters most about travel is what you do once you reach your destination, as opposed to how you play the travel game.

4 thoughts on “I Sold My Soul to Delta Airlines. Here’s What I Got in Return”