Notes from the Road: Kuwait 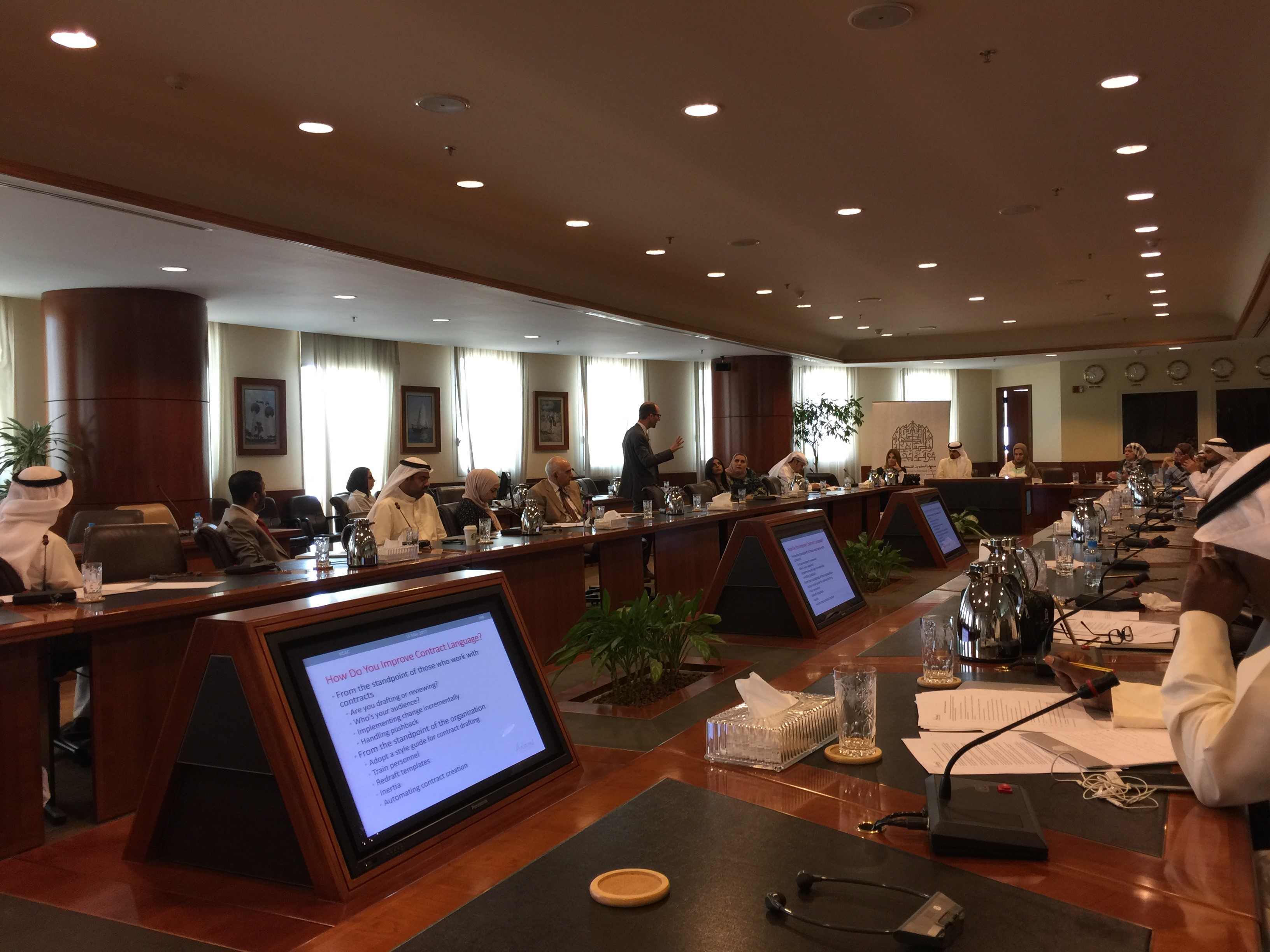 I’m just back from Kuwait, where I did a “Drafting Clearer Contracts” seminar under the auspices of the Kuwait Commercial Arbitration Center and the Commercial Law Development Program of the U.S. Department of Commerce. I thank the KCAC for their hospitality, and I thank the CLDP for being imaginative enough to think that exposing Kuwaitis to yours truly would further the CLDP’s mission. In particular, I thank James Filpi, my congenial CLDP minder.

The participants likely found the seminar challenging. I think it’s fair to say that Kuwaitis are still relatively new to drafting sophisticated commercial contracts. And they’re not native English speakers. On top of that, you have me telling them that traditional contract drafting is dysfunctional and offering them instead the MSCD view of things. In any event, I hope they found the seminar useful.

Unfortunately, I had little enough time to see Kuwait, other than from the back of taxis. I tagged along with Jim to various expatriate events, where I heard about recent developments in Kuwait. I got to ask some people whether clearer contracts is something Kuwait should care about.

In the past few years I’ve had occasion to visit Oman, Bahrain, Abu Dhabi, Qatar, Dubai, and now Kuwait. I’m pleased that I already know I’ll be returning to the region twice more in the coming months.

1 thought on “Notes from the Road: Kuwait”