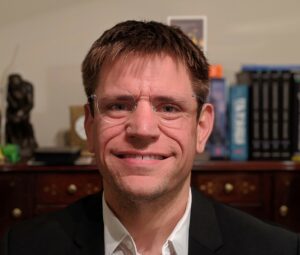 Five years on, I can reveal that the cross-references in the fourth edition of MSCD aren’t as accurate as I’d like. There are a lot of them—my guesstimate is over 4,500. I didn’t have time to check them all myself, so I automated each cross-reference when I created it, did spot checks, and otherwise hoped for the best. Well, some are inaccurate. Not enough for it to be an embarrassment, but enough to be annoying.

I was determined to fix that for the fifth edition. That required two initiatives.

First, because I hadn’t maintained my own Word copy of the fourth edition incorporating changes made in the production process and after, I had to use a Word copy generated by the ABA. It didn’t have automated cross-references, so I was resigned to having to automate all the cross-references myself as a first step before working on the fifth edition. I happened to mention that to a contact, and they magically found someone who could automate the process. Praise be! That saved me a hellish week or two.

And next, after I’d done most of the work on the fifth edition, I hired someone to do what I hadn’t been able to do for the fourth edition—check the $#@&* cross-references! I was wondering who I might get to do this when in a fit of rationality I checked in with my LegalSifter intern from summer 2021, Dave Zukowski, who’s going into his third year at UC Berkeley School of Law. (That’s his leering mug.) He was able to do it! He’s alarmingly competent, and in a Yessir! kind of way, so that was a weight off my mind. I paid him for his time. (The state of legal publishing is such that when I asked the ABA if they would pay for this work, they said, “Pay for it yourself, bitch!” Well, more politely than that.)

So is every cross-reference accurate? Well, probably not. For one thing, there are probably around 5,000 of them now, and if you do 5,000 of anything, some aren’t going to work out. But I’m confident it will be rare that I or anyone else encounters a cross-reference glitch.

And more generally, that’s kind of the way the fifth edition is going: I’ve been able to do more quality control. That bodes well.

(For all posts about the fifth edition of A Manual of Style for Contract Drafting, go here.)