MSCD5: When and How Much! 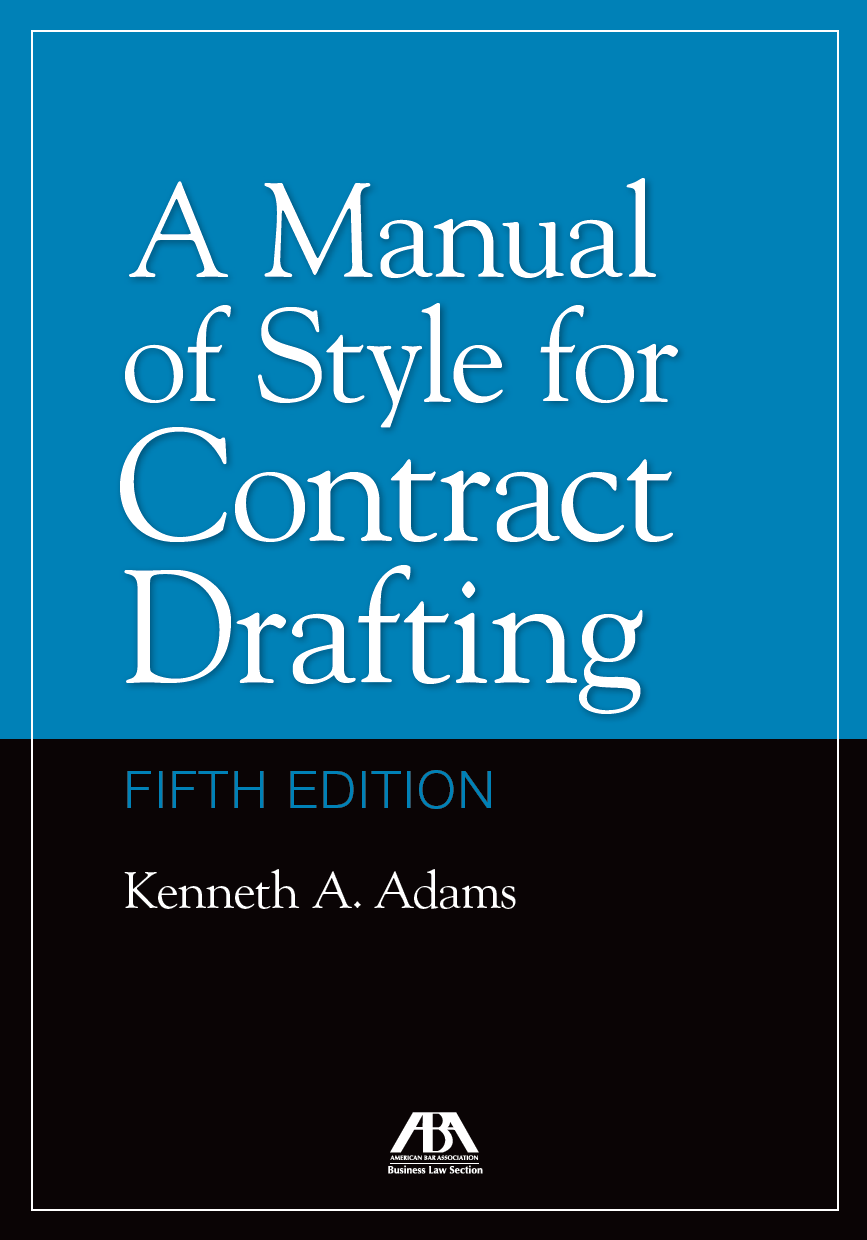 Friends, the fifth edition of A Manual of Style for Contract Drafting (otherwise known as MSCD5) will be available for purchase from the American Bar Association in mid-April 2023. To echo what a deeply nerdy reader actually said, “I feel excitement in the air!”

It has been a long time coming. I started work on it in November 2021. And it has been more than five years since the fourth edition was published, although it doesn’t seem that long ago.

Because it’s a law book, it costs more than it would if it were a mass-market publication. By law-book standards, the price seems reasonable. For example, Tina Stark’s Drafting Contracts: How and Why Lawyers Do What They Do, a 599-page paperback, is available from the publisher for US$135. (Amazon sells it for less, but that’s unlikely to be a factor with MSCD5. For one thing, the fourth edition has been in such demand on Amazon that it wasn’t discounted at all until recently. And even now, the discount is just US$5. Also, MSCD5 won’t be available on Amazon until six months after publication.)

The ABA is looking into the possibility of offering the ebook at a discount to anyone who buys the print version. But technology considerations might prevent that from happening.

Anyone who signs up for a 2023 public series of my online course Drafting Clearer Contracts: Masterclass (2023 series to be announced in the next few days) will be entitled to a 30% discount. And any organization that hires me to do a private series of Masterclass or to give a Drafting Clearer Contracts presentation would be entitled to a crazy discount.

Given how much new material it contains, MSCD5 is a legitimate new edition. It represents a big step up from the fourth edition in ways I’ll describe once it’s available for purchase. But what I said in the fourth edition still holds true: “If you’re making decisions regarding contract language without consulting it, it’s overwhelmingly likely you’re copy-and-pasting, relying on flimsy conventional wisdom, or improvising.”