The Case for a Subscription-Based Service Offering Automated Contract Templates

The only way to escape contract dysfunction is to provide those who work with contracts an alternative to the copy-and-paste machine. The simplest and most effective alternative would be a subscription-based service offering automated contract templates.

For as long as I’ve been researching contract language, I’ve wanted to create such a service. That’s no accident: I’ve always had in mind that the former would facilitate the latter.

But I’ve never found anyone willing to contribute resources to such an initiative. Heck, it’s rare that I encounter anyone in a position to make a difference who expresses interest in the idea. That has nothing to do with its merits. Instead, it’s a reflection of the inertia that keeps us stuck in dysfunction. After all, given that I’m the only person who felt compelled to compile comprehensive and rigorous guidelines for the building blocks of contract language, it shouldn’t come as a surprise that I’m the only person agitating to put those guidelines to use to make better contracts more accessible.

In recent months I’ve beaten the bushes some more, but that has yet to result in meaningful conversations. If I don’t get anywhere, I’ll assume that instead of being a blueprint for scaling up clear and concise contract prose so it’s available to all, A Manual of Style for Contract Drafting will just be for those who have the time, inclination, and semantic acuity to make use of it. That’s nothing to sneeze at, but I’ve hoped for more, so I’m not yet willing to take ho-hum for an answer.

Today someone asked me to summarize my case for what I want to do, so I wrote a breezy two-plus pages long. Below is a screenshot of part of the first page. If you want to read the whole thing, you can download the PDF by clicking here. 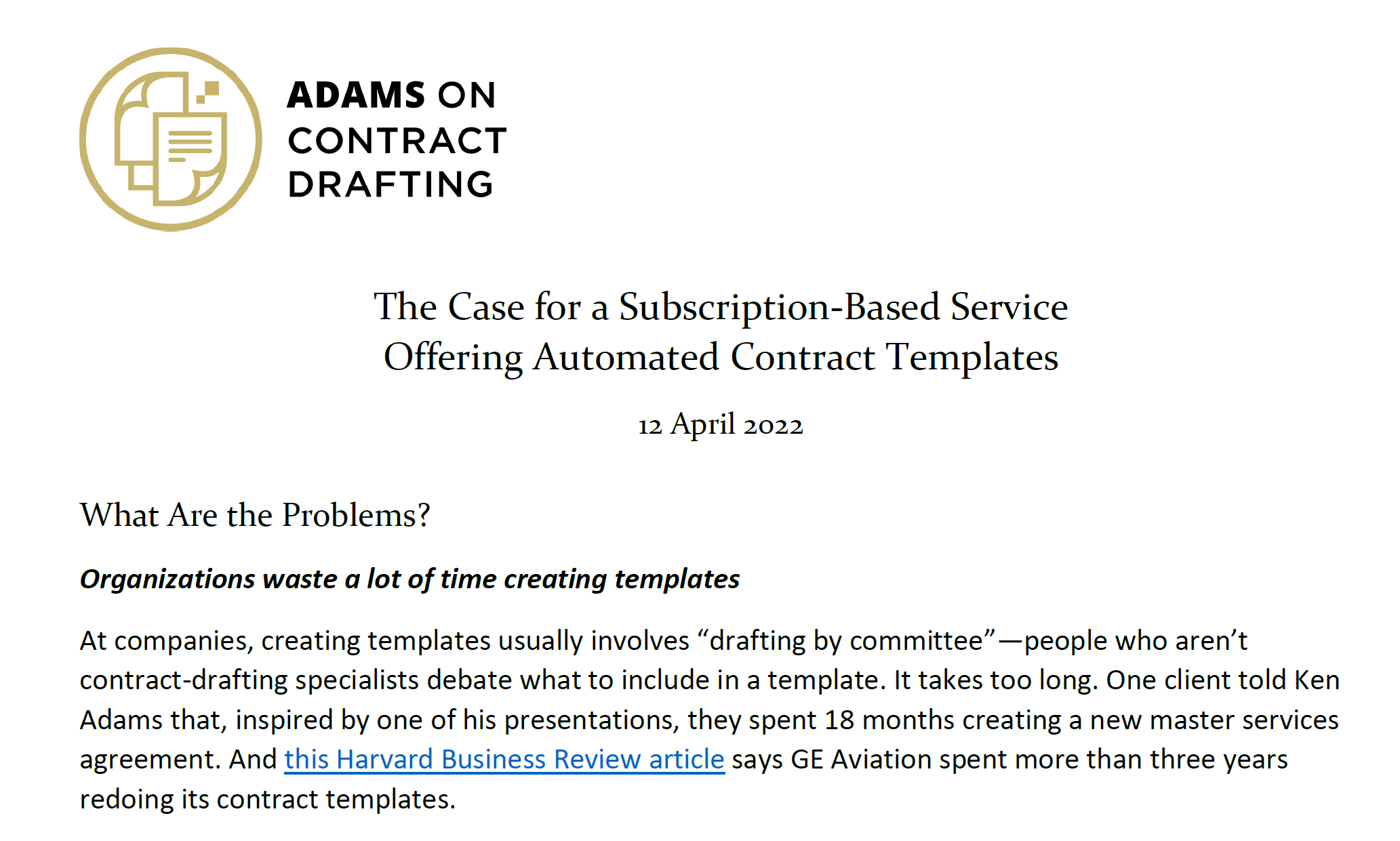