Tidying Up the Other Side’s Messy Draft 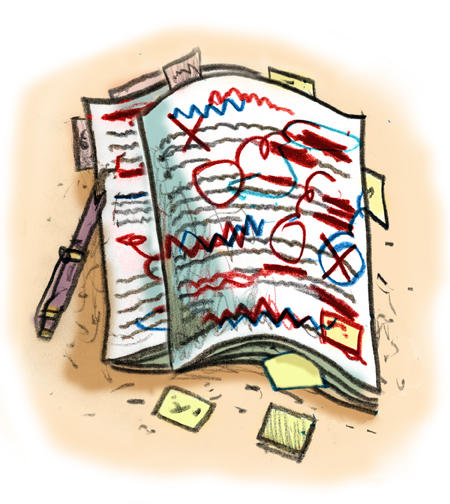 A question from a reader:

When the other party’s counsel does the first draft, I have to work within the confines of whatever I’m given. In my review, I focus on what doesn’t reflect the deal as I see it or what might cause confusion—trying to turn their draft into a thing of beauty would waste everyone’s time and might hurt feelings. But do you ever reach a point where their draft is so messy that you say, enough is enough, and you permit yourself to make a bunch of changes that just make the contract shorter and easier to read?

I haven’t done deals in many years, so my take on this is entirely theoretical. At some point, a draft is chaotic enough that the investment required to fix it is justified by the nuisance inflicted on those who have to review it, negotiate it, and, ultimately, enforce it and interpret it. Given the various factors involved (the drafting problems, the nature of the deal, the respective bargaining power of the parties, the personalities involved), making that call would presumably at some point involve you sticking your finger in the air and saying, Eff it, I’m doing it.

[As Mark Anderson notes in this comment on LinkedIn, a more diplomatic alternative might be to find some reason for using your template instead—assuming you have a suitable template.]

Have you encountered this situation? How has it played out for you?

2 thoughts on “Tidying Up the Other Side’s Messy Draft”