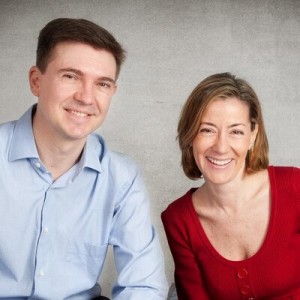 I’ve long been aware of the challenges of translating contracts. Heck, back in 2004 I wrote one of my first articles, this one, on that subject. And in 2014 I did this webcast with eCPD Webinars.

Last year Ruth Gámez and Fernando Cuñado came to my attention. They have an active online presence, with their website and their presence on Twitter (username @traduccionjurid). There are doubtless plenty of proficient translators out there, but I pay attention to the ones who engage with the broader world. (It probably didn’t hurt that they cite my stuff!)

I thought it appropriate to have a chat with them. Here’s the result.

Ken: Please tell my readers a bit about yourselves.

Ruth: Hi, Ken. My name is Ruth Gamez. I’m a Spanish legal translator and mother of two. I’ve got a degree in law and a degree in translation and interpretation. I have sixteen years’ experience translating legal and business documents from English into Spanish. I’m also certified by the Spanish Ministry of Foreign Affairs as a sworn English-language translator. I work with Fernando (my husband). We both are freelance translators. You can reach me at ruth@traduccionjuridica.es.

Fernando: Hi. As Ruth said, I’m her husband and also father of two. I’ve got a degree in law and an MBA. For eleven years I worked as sales and marketing manager in different companies in the telecommunications industry. In 2009 I realized that wasn’t the right place for me. I quit my job and started working with Ruth as a freelance translator specializing in legal and business documents. I’ve also been teaching legal translation at the University of Comillas in Madrid since 2013. You can reach me at fernando@traduccionjuridica.es.

Ruth: Our biggest challenges are first, the convoluted, ambiguous language traditionally used in contracts, and second, the intricacies of common law.

Ruth: Well, you and your readers are only too aware that the prose of English-language contracts is generally archaic and convoluted. Legal Spanish has that problem, and as Spanish lawyers, we realize that the prose of legal documents is always going to be more difficult than everyday speech. But English-language contracts exhibit this problem on a much greater scale. Advocates of “plain English” have a long, hard slog ahead of them!

But it’s perhaps the intricacies of common law that give us translators the most trouble. It’s a daunting challenge to translate into the language of a civil-law country a document written in a common-law country. You’re dealing with two very different legal systems that have different histories and have followed different paths of evolution, drawing on different sources of law. And common-law systems employ distinct legal concepts that have no equivalents in our language or our legal system. If translators ignore these issues, they’re doing their clients a disservice.

Ken: In this context, is literal translation the way to go?

Fernando: Definitely not. For example, consider the phrase to the best of my knowledge. It has a Spanish equivalent (según mi leal saber y entender), but a translator who isn’t aware of that might resort to translating it word for word, likely with comical results—something like according to the better I know. The same thing goes for as amended from time to time. The closest equivalent in Spanish would be en su versión vigente (in English, in its current version), but someone unfamiliar with the phrase might end up translating it as modified once upon a time.

Ken: Can some English words or phrases be translated in different ways?

Ruth: We translators love talking about how a word or phrase can mean one thing or another depending on the context, but we don’t always pay as much attention to context as we should.

Consider the word termination—it’s a word you’ve discussed on your blog often enough! I know that you recommend using termination to refer to any way that a contract might end. By contrast, Spanish drafters prefer to use different terms to refer to the different ways a contract might end, whether it’s by expiration, discharge by performance, or termination by one or more parties. So as a translator, you have to make sure that you understand the contract, so that you pick the appropriate term for a readership of Spanish lawyers.

The same goes for the word jurisdiction. It’s used in legal English to refer primarily to three different things:

Ken: Are some concepts untranslatable? If so, what do you do?

Fernando: Yes, there are a few concepts that cannot be translated into Spanish because they simply do not exist in Spanish law. Examples include equitable remedy, injunction, waiver, and security interest. Though we can try to find some equivalent in Spanish, it can only be a rough approximation. We can never convey a full picture of the implications of concepts that don’t exist in civil law systems. Sometimes we add a brief explanation in brackets, and sometimes we add a footnote.

Ken: We haven’t yet considered something I find particularly troubling: how do you translate something that had no clear meaning in the original? Given that so much of contracts is copied, with little scrutiny, from other contracts, the idea that the drafter intended the copied portions to have specific meaning is tenuous.

Fernando: Yep! We face that problem almost every day. Many contracts exhibit symptoms of copying-and-pasting technique. Sometimes you can ask the client about an obvious mistake or a misused term. But what if our client didn’t draft the contract or it was drafted years ago and nobody knows who did it? In that case, we make an educated guess. For example, in the case of indemnify and hold harmless, we presume that the drafter intended to express two concepts when the clause states that a party releases the other from liability (hold harmless) in certain circumstances and also that such party undertakes to pay certain specific expenses (indemnify).

Ken: As you said, you’re guessing!

Fernando: As regards shall, we translate it as an obligation only when the context suggests that we’re dealing with an obligation. When it is used to describe a status or to describe future actions, we switch to the most appropriate Spanish equivalent.

Sometimes, this way of “construing” the drafters’ intent can be dangerous. If we think it appropriate, we add a translator’s note. But sometimes there’s really no risk. It depends on the purpose of the translation. Often a contract is translated to get a rough idea of what the parties have agreed to, or because it must be filed with a public agency to obtain a license, so it’s unlikely that anyone will ever read it. So knowing the purpose of your translation is an important part of our job.

Ken: I’ve come to the conclusion that the most effective way to translate traditional English-language contracts would be to annotate the original and the translation with explanatory footnotes. But any translator would have to be both skilled in the relevant languages and a scholar of contract language—an unrealistic proposition. And even if it could be done, it would make translating contracts prohibitively expensive.

So you have a difficult job! Perhaps what one should take away from this is that unless you really have to, don’t translate contracts and don’t rely on translated contracts!

Ruth: Well, that might be a bit drastic. It is not an easy job, that’s for sure, and many people are not aware of its real difficulties. But there are many occasions when contracts must be translated for different purposes. We prefer to think that the best you can do is to engage the right professional translator.

Ken: Thank you for speaking with me.

Ruth & Fernando: It’s been our pleasure!