Why Are Templates Bad? 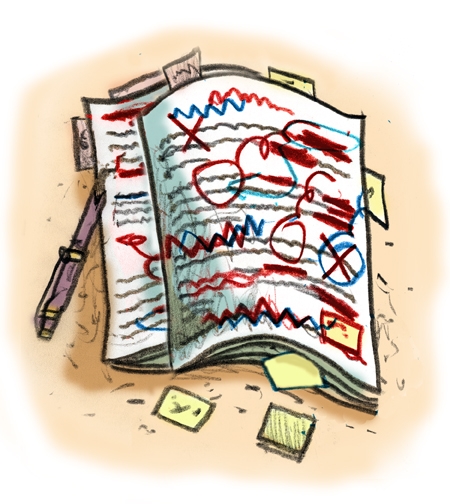 Recently I noticed Mark Anderson’s post entitled Why Do We Tolerate Bad Templates? Spoiler alert: Mark says it’s because people like what they’re used to and because they assume that if they haven’t encountered problems yet they won’t in the future.

I’ll now explore the assumption underlying Mark’s post—that many, or most, templates are bad. Is that the case? And if so, why? (By “bad” I simply mean there’s room for meaningful improvement.)

Regarding the first part of the inquiry, Mark is justified in his assumption. I wouldn’t attempt to quantify what “bad” means. And any one person has access to only the tiniest fraction of the templates out there. But we know what bad drafting is like—I’ve described it in excruciating detail in my writings. And everywhere I look I see bad drafting:

So what explains bad? Here are several factors:

We Rely on Copy-and-Paste

Any new transaction will closely resemble other transactions, so when it comes time to do the contract for a new transaction, we look for contracts used in other comparable transactions. That should be a source of efficiency, but because we rely on word processing, the result is copy-and-paste: we copy, on faith, from precedent contracts or templates of questionable quality and relevance.

In theory we could adjust whatever we copy so it’s perfectly suited to the transaction at hand and is as clear as can be, but that rarely happens. We’re too busy. Or we don’t want to appear to question the judgement of whoever handed us whatever we’re copying. Or we lack the necessary expertise. Or we don’t want to be the one responsible for the delay that comes with dismantling the machinery, retooling it, and putting it back together.

Endless industry-wide copy-and-pasting means there’s a disconnect between what’s in contracts and what we think is in contracts.

The copy-and-paste problem is aggravated by the legalistic mindset. One symptom is knee-jerk aversion to risk. Don’t know which word is required in a given context? Use all the words!

That’s aggravated by a second symptom, the urge to create order where there was only chaos: The drafter must have intended for each of the words to have a different meaning!

And it’s further aggravated by a third symptom, deference to whatever a given court had to say about a bit of confusing contract language: That language has been tested by the courts, so of course we must use it! (For more about the notion of “tested” contract language, see this 2017 post.)

The cumulative effect is endemic confusion over the meaning of basic contract usages, with most of us relying on dog-eared conventional wisdom or whatever fantasy explanation we happen to have cobbled together.

When it comes to improving templates, inertia is a force to be reckoned with.

In particular, it had a dramatic effect on my consulting work. For every successful consulting project, I had another project where the client was unable to use what I had given them because it was too … different. And these were clients who hired me because I offer change! An organization geared to traditional dysfunction will likely reject a change transplant.

That’s one of the reasons why now I do consulting work only occasionally, when the omens are propitious.

Inertia is the cumulative effect of decisions prompted by some combination of expediency and ignorance. It comes in many forms, but one form involves excessive pride or self-confidence—hubris.

You might be a subject-matter expert, but that doesn’t make you a great drafter. The only way to be a great drafter is if you follow a rigorous and comprehensive set of guidelines. (That’s necessary but not sufficient; see this 2014 post and this 2019 post for what else is required.) A Manual of Style for Contract Drafting is the only such set of guidelines out there.

In particular, if you’re satisfied with improvising your contract usages, it’s unlikely you’re a great drafter. That’s why the forms, model provisions, and samples I see in books and articles by subject-matter experts invariably leave something to be desired.

I’ve gently suggested as much to some subject-matter experts and have met with defensiveness. If someone demonstrated to me that something I do could be improved, I’d welcome it.

Bad templates might reflect the notion that it’s the deal that matters—expressing the deal is just “wordsmithing.” (My 2007 article about that is here.) I don’t know what proportion of people of who draft contracts share that view, but I’ve amassed a mountain of evidence (necessarily anecdotal) showing that dysfunctional templates waste lots of time, waste lots of money, and can lead to disputes.

There are other, more basic reasons for why templates are bad. Those responsible might be hopelessly inept. (For what ineptitude looks like, you could check out my analysis of the Stormy Daniels contract, here.) Or they might not care. (See this 2018 post.) (I suspect there’s a big overlap between the two groups.) The crassly incompetent and the heedless are always with us, but they’re a lost cause. I choose to devote my attention to those who think contracts matter.

I’ve written plenty about what’s required to effect change. We’re not going to exchange “bad” for “good” unless we offer an alternative to copy-and-pasting, and unless we create a training ecosystem to go with it.

9 thoughts on “Why Are Templates Bad?”