How the Sausage Is Made: Revising “A Manual of Style for Contract Drafting” 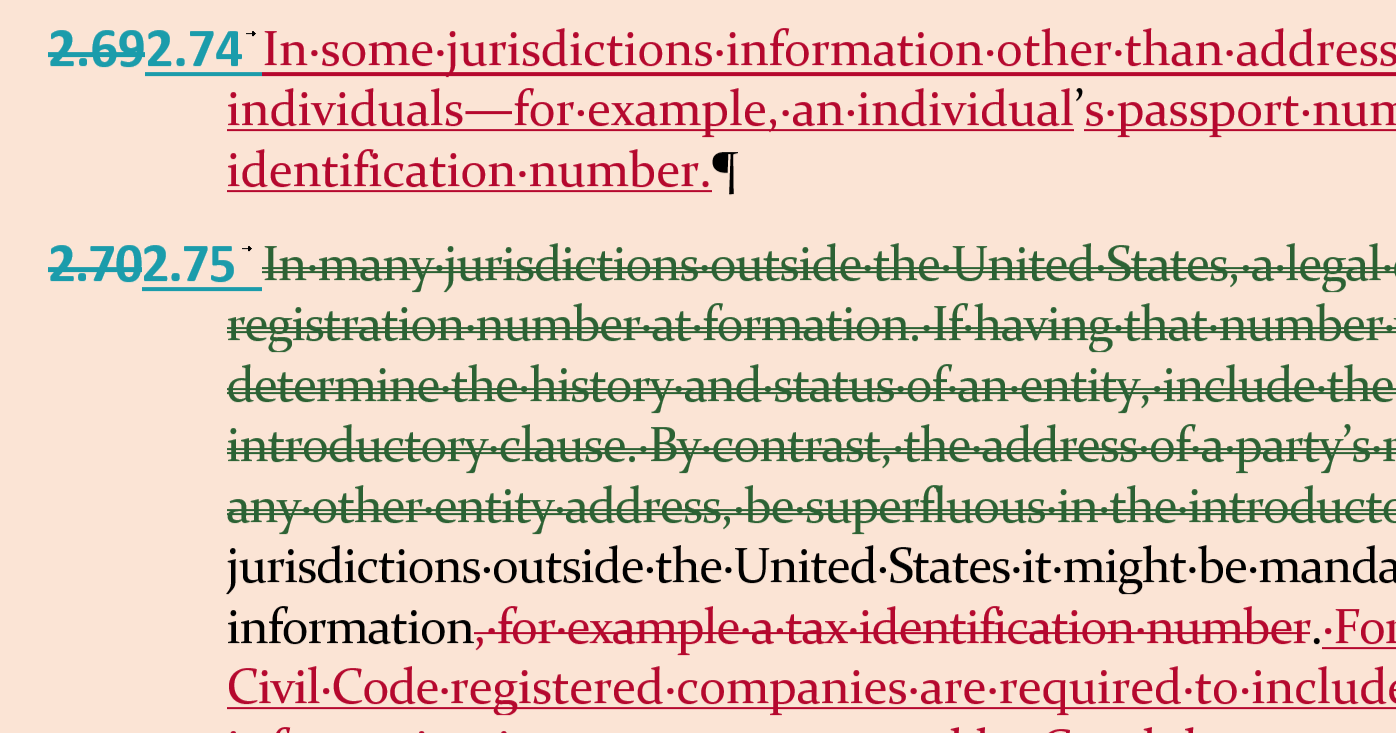 Perhaps some authors buff and polish their reference-work manuscript to a state of gleaming perfection, then place it on a velvet pillow and deliver it to the publisher. Well, that’s not quite how it works with A Manual of Style for Contract Drafting.

When I started studying the building blocks of contract prose, it was largely uncharted territory. I’ve spent the past twenty years slowly mapping it. The bulk of the work has been done, but MSCD is still a work in progress.

For one thing, stuff keeps happening. A good example is the recent First Circuit opinion featuring the serial comma; I discuss it in this post. And I keep spotting usages that I had overlooked (see for example my post on et seq.), although the intervals between such discoveries are getting longer.

Furthermore, usually I don’t tackle something definitively and then move on. Instead, my take on most topics is novel enough that I can expect to revisit it, prompted by new caselaw, online commentary, or a question from a reader, seminar participant, or student. It can also be a matter of simply letting time pass, so I get some critical distance.

If a topic is important enough, I write about it repeatedly—in MSCD, in articles, or on my blog. Since the third edition of MSCD came out in 2013, I’ve written two article and about forty blog posts on efforts provisions. And I kept gnawing at the phrase represents and warrants, culminating in my 2015 article on the subject (here).

Because I keep finding new usages to write about, and because often my understanding of a given topic needs time to mature, I’m not close to some finish line. I’m not even sure a finish line exists. Instead, each new edition has come about the same way: I consider how much time has passed since the previous edition, do an inventory of the analyses I’ve put together since the previous edition that are new and different, and decide to proceed. So each new edition summarizes my understanding at a given time.

I recently completed the next phase, which involved an intense month of retrieving four years of writings and reworking them for the new edition, resulting in a manuscript containing much new material. Now I’m working my way through comments on the draft submitted by volunteers—fresh sets of eyes are invaluable. Some of the comments highlight that MSCD is a work in progress.

For example, I just finished going through comments offered by longtime reader and resource Vance Koven. A courtly and no-nonsense transactional lawyer based in Boston, Vance isn’t the sort to focus on spotting typos. Instead, he raised a quizzical eyebrow at some of my newer stuff, prompting me to trash some analyses and bang out new versions.

Similarly, other volunteers raised issues about parts of the book I haven’t thought about in years, prompting some valuable adjustments.

So the fourth edition will contain parts that I’ve labored over sufficiently that I think of them as my own grand complication watch. But it will also contain new analyses that have just plopped off the production line. I’m at peace with that. For one thing, with each new edition the proportion that’s rock-solid grows and the proportion that’s fresh shrinks.

Besides, what choice do I have? I wouldn’t be doing myself or anyone else any favors by sitting on MSCD until such time as I decide my work is done, which won’t be anytime soon.