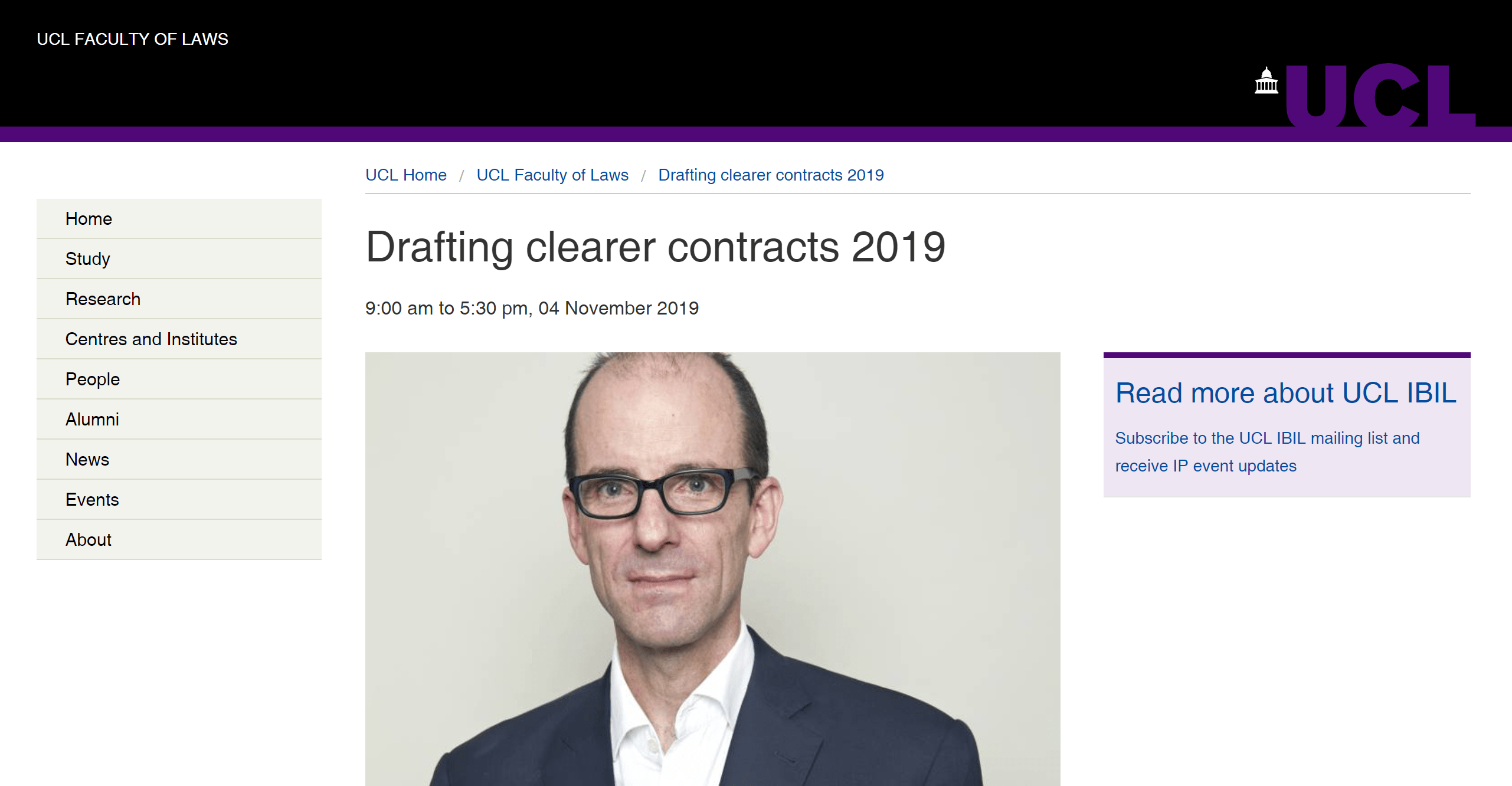 (This is an updated version of a post I did last year.)

On 4 November I’ll be doing a day-long “Drafting Clearer Contracts” seminar in London for UCL Faculty of Laws. (For more information, go here.) I can think of eight reasons why you might want to attend:

I hope to see some of you there!