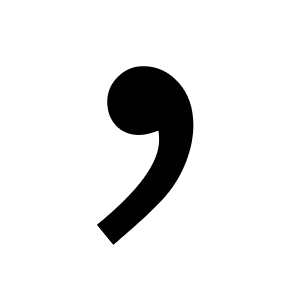 As I noted in this 2017 post, there’s something compelling about disputes over a comma. A tip from reader Martin Clausen alerted me to another dispute featuring a comma. It’s described in this National Post article about a recent case before the Ontario Superior Court of Justice, Austin v. Bell Canada (PDF here).

It involves a dispute over the rate at which, under Bell Canada’s pension plan, pension payments to Bell Canada retirees should be increased. It gave the judge in question, Justice E.M. Morgan, an opportunity to impress us all with his comma acuity. You won’t be surprised to hear that he fell short, like many judges before him. In the process, he made five mistakes.

Here’s the language at issue:

‘Pension Index’ means the annual percentage increase of the Consumer Price Index, as determined by Statistics Canada, during the period of November 1 to October 31 immediately preceding the date of the pension increase.

The question was whether in determining the Pension Index you use the annual percentage increase as determined by Bell Canada or as determined by Statistics Canada. If you apply the first meaning, you round down to two decimal places, giving a result of 1.49%, further rounded down to give a pension increase of 1%. If you apply the second meaning, you round down to one decimal place, giving a result of 1.5%, rounded up to give a pension increase of 2%.

Here’s how the judge explained this:

Since there is a comma preceding the modifier, the opposite of the last antecedent rule — often dubbed the ‘series qualifying rule’ — is applied. In such instances, “When there is a straightforward, parallel construction that involves all nouns or verbs in a series,” a modifier that comes at the end of the list with a comma separating it from the list,” normally applies to the entire series”: A. Scalia & B. Garner, Reading Law: The Interpretation of Legal Texts (2012), p. 147. Thus, the Plaintiff contends, the modifier “as determined by Statistics Canada” qualifies both items in the preceding series of items — i.e. the CPI and the annual percentage increase — and not just the last antecedent — i.e. the CPI alone.

In so saying, the judge made two mistakes. First, this principle of interpretation applies to opening modifiers and closing modifiers, and it doesn’t mention commas! He quotes the beginning and end of Scalia and Garner’s “series-qualifier canon” and inserts in the middle his own language attributing significance to a comma. That’s pretty shocking.

And second, the series-qualifier rule applies to a series, in other words two or more items linked by and or or. Two of the examples cited by Scalia and Garner are Internal personnel rules and practices and A wall or fence that is solid. By contrast, the language at issue in this dispute doesn’t involve a series!

The one principle of interpretation that relates to commas at the front of a modifier is what I call “the comma test under the rule of the last antecedent”: if in a sentence a series of nouns, noun phrases, or clauses is followed by a modifier and the modifier is preceded by a comma, the modifier applies to the entire series, not just the final element in the series. But this principle is irrelevant, because it too applies to series. (For my debunking of this principle, see this 2015 article.)

So here’s my take. The ambiguity was as described by the court, but it had nothing to do with a series. Instead, the “as determined” modifier modified one of the following phrases:

I’d challenge the notion that the modifier separately modifies both elements of the first phrase, instead of the entire phrase. So that’s a third mistake by the judge.

The judge ended up ignoring his interpretation of the ambiguity, because another section of the pension plan says “All percentage increases shall be rounded to the nearest 2 decimal points.” Given that the plan stated categorically which of the disputed meanings applied, the judge’s fourth mistake was making a meal of the ambiguity and droning on amateurishly about commas. He should simply have noted that although the language at issue was arguably ambiguous, another provision in the plan made it clear which meaning prevailed.

But even after correctly deciding the dispute, the judge couldn’t let the comma business go:

I do not know why s. 1.29 is phrased in the awkward way that it is. I certainly do not know why a comma had to be inserted before the modifying phrase “as determined by Statistics Canada”. It was not necessary, since that modifier applies only to the CPI which is the last antecedent before the modifying clause. It was likely punctuated that way unconsciously; I do not believe it was a legally induced comma.

More specifically, you want to know why a comma was inserted before “as determined”? Because the modifier “as determined by Statistics Canada” required offsetting commas, at the front and back, to make it clear that what followed (“during the period of …”) modifies not the “as determined” modifier but what comes before it. In failing to understand that, the judge made his fifth mistake.