Layout Shock No. 2: No First-Line Indent for Unenumerated Paragraphs

One way to signal the start of a new paragraph is to indent the first line. Another way is to put space between paragraphs. Typography professionals recommend that you not use both techniques. For example, Typography for Lawyers, at 136–37, says, “First-line indents and space between paragraphs have the same relationship as belts and suspenders. You only need one to get the job done. Using both is a mistake. If you use a first-line indent on a paragraph don’t use space between. And vice versa.”

Contracts invariably use space between paragraphs. Given that reading contracts often involves flipping from provision to provision, that space seems indispensable. Furthermore, the logic behind the MSCD enumeration scheme (see 4.53) requires first-line indents for sections (see 4.13) and subsections (see 4.26). The result is that the MSCD enumeration scheme uses both space between paragraphs and first-line indents. In this case, the need for a logical layout trumps typography considerations.

So here’s what the front of the contract would look like without first-line indenting: 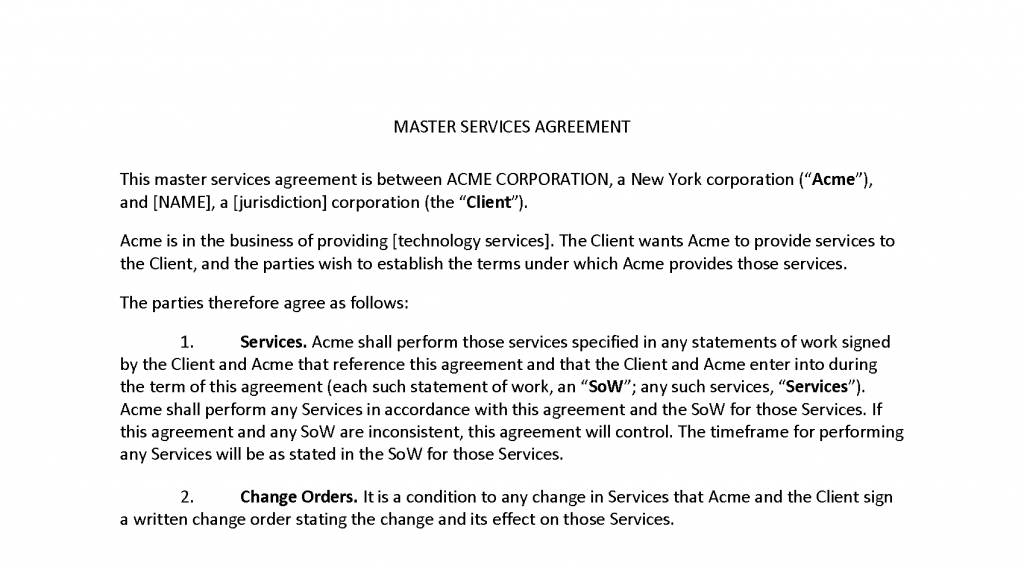 This approach would apply to all unenumerated paragraphs. So here’s what a set of autonomous definitions would look like: 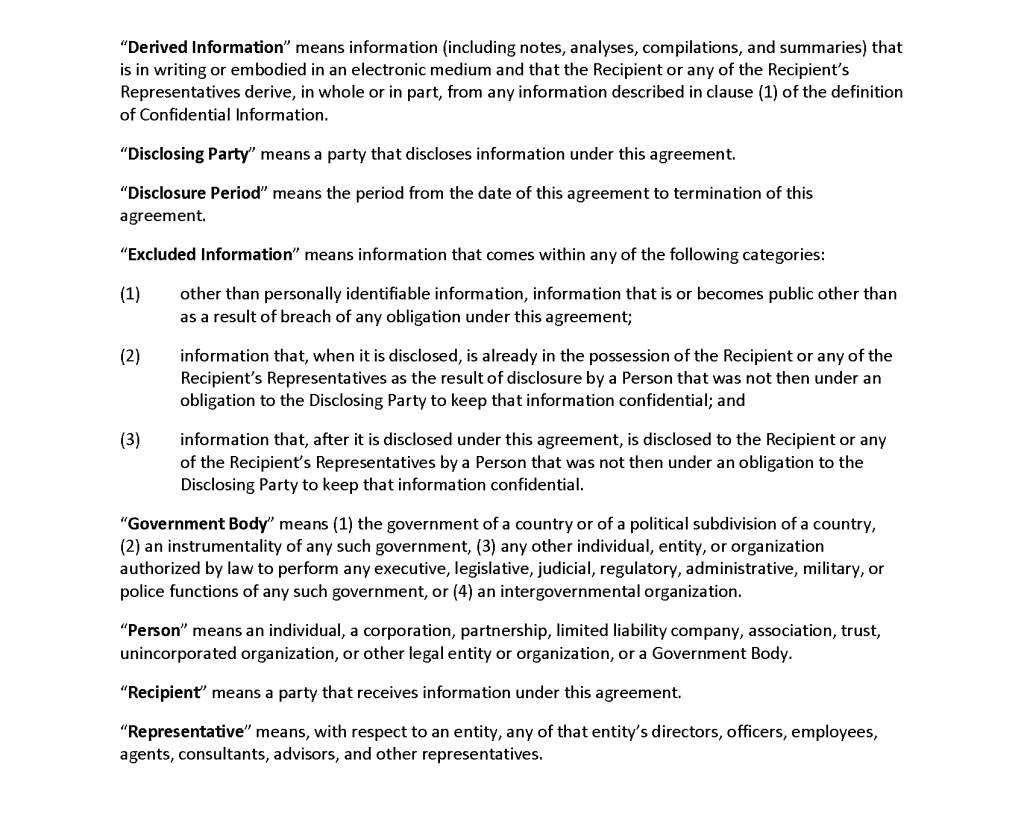 Sorry for pulling this switcheroo on you.

7 thoughts on “Layout Shock No. 2: No First-Line Indent for Unenumerated Paragraphs”