Pizza Digressions 2: Me and My Ooni Koda 16 Pizza Oven 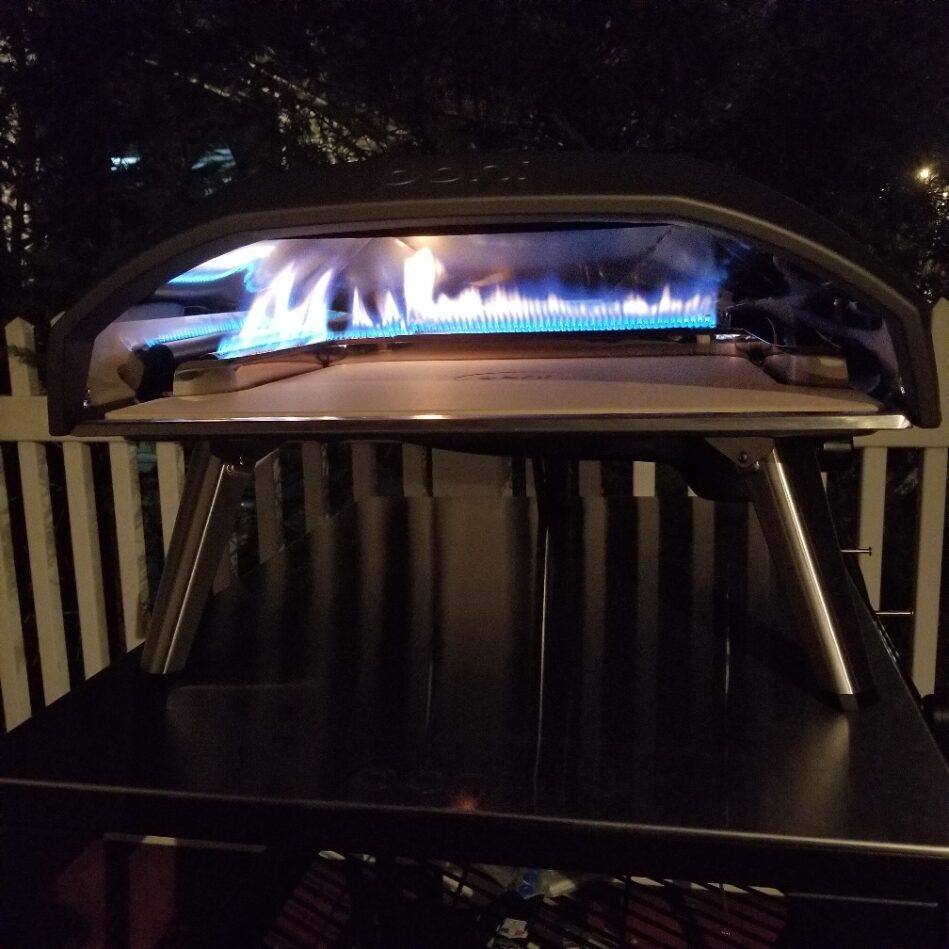 In the early days of the pandemic, the fortunate among us had the luxury of wondering what to do with themselves in isolation. It seems that for many, the answer was, “Baking!”

In particular, Ooni pizza ovens have been selling like crazy. If you find yourself in the company of people who own an Ooni pizza oven, be prepared for that to be the only thing they talk about. My Ooni Koda 16 was delivered a little over a year ago. In typical Ooni-owner fashion, I’ll now tell you about it.

The Ooni Koda 16 is one of Ooni’s larger ovens. It’s big enough to allow you to bake a 16-inch (40-centimeter) pizza. Ooni offers some ovens that also allow you to use wood or charcoal, but the Koda 16 is gas-only, with the burners running in an L-shaped line along the left side and along the back. Gas-only is fine by me: I don’t want to have to worry about managing a wood or charcoal fire. As you’ll see, I have enough variables to consider as it is.

That’s my Ooni in the photo above. If you want to see one in action, there’s no end of YouTube videos by others, but you could start with this one. 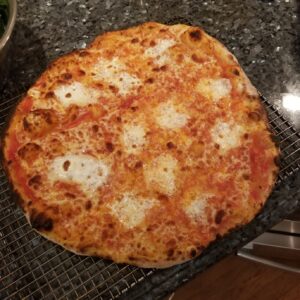 My verdict on the Ooni Koda 16? It’s a game-changer. Except for baking pan pizzas, which are different, baking pizzas in a home oven is an exercise in making the best of a bad job. By allowing me to cook at higher temperatures than you can get in a home oven, the Ooni has opened up a whole new world of pizza baking. And it doesn’t hurt that it’s a stylish bit of Nordic design. But to understand how it performs, you have to be aware of the tradeoffs you’re making.

My Ooni isn’t a traditional wood-fired pizza oven—in other words, it’s not this sort of thing. Traditional pizza ovens are big, heavy, expensive, they’re not portable, and they take a while to heat up. That’s not the case with Ooni ovens.

But here are the tradeoffs. First, because the Ooni Koda 16 doesn’t have a door, there’s a relatively steep temperature gradient from the back (where it’s hottest) to the front. So you have to be attentive about turning your pizzas every 15 to 30 seconds as they bake. Second, because the burner is close to the pizza, you have to be careful you don’t burn it. And third, for the same reason that it doesn’t take long to preheat the oven (around 25 minutes), after you bake a pizza you have to wait for it to get back up to the desired temperature. The bigger the pizzas, the longer it takes.

Baking pizzas with any kind of flame requires attention, but because of these factors, that’s particularly the case with smaller high-temperature ovens. Inevitably, you see reviews that say, essentially, “Terrible product—it incinerated my pizzas!” If you think baking a pizza in an Ooni is like heating a frozen pizza in a home oven, you’re doomed to be disappointed. Instead, think of the Ooni as an airplane you’re flying. You have to keep your eye on stuff—turning the pizza often, adjusting the flame as necessary, and keeping track of time.

Beyond the Ooni itself, I bought a bunch of other gear (no affiliate links):

Whatever you spend on an Ooni, you might spend that or more on other gear. 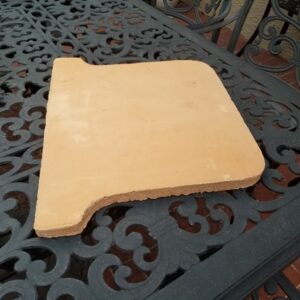 As an alternative to the corderite stone that comes with the Ooni, I permitted myself to buy a “biscotto” stone, somewhat quaintly described as having been made out of “a very special clay mixture and volcanic ash in Naples according to ancient traditions.” (See the photo.) All it does is allow you to blast your pizza at 900 degrees Fahrenheit (482 degrees Celcius) for 60 to 90 seconds without burning the bottom of the crust. Well, I’ve decided that eat-it-with-a-knife-and-fork Neapolitan pizza isn’t my favorite, so I bake at lower temperatures. I don’t expect the biscotto stone to see much action.

I’ve contemplated buying an aftermarket door for my oven, a door like this one. In theory, it would allow the oven to preheat faster and would reduce the front-to-back temperature gradient. And given that this door uses bolt holes on the oven that otherwise serve no purpose, perhaps at one time Ooni’s engineers contemplated including a door. But I ultimately decided I can’t be bothered to add a clunky door. [Updated 6 Jan. 2022: That was a good call; see this Ooni blog post.] 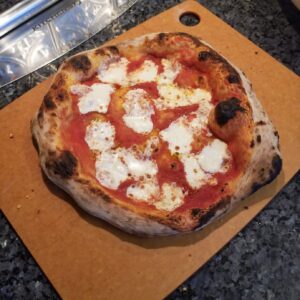 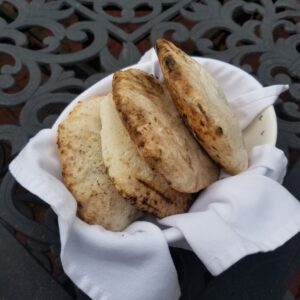 When you make pizza only once a week or once a month, it’s amazing how little progress you can make. But thanks to the experimentation I discuss in the blog post I link to at the bottom of this post, I feel like I’m starting to get the hang of it all.

For the past year I’ve mostly been attempting bigger, chewier New Haven-style pizzas. (See the first pizza photo above.) But the neo-Neapolitan pizzas are nothing to sneer at. (See the second photo above.)

And the pita I did earlier this week for lunch with my daughter Sydney was decent. (See the closest photo.)

Too Much of a Good Thing?

I face constraints in using my Ooni, but they have nothing to do with the Ooni. For one thing, we’re not a big carb household. I should go easy on the pizza, given that age, wear-and-tear, and life as a working stiff have done a number on my exercise regimen (described here). 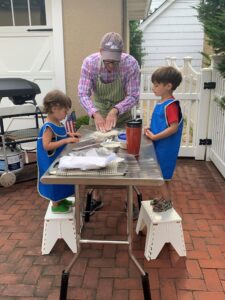 In fact, my pizza baking doesn’t have much to do with a hankering to eat pizza. Ultimately, I’m more interested in the making than the eating. That’s why we regularly have pizza parties. Oh, yeah, we actually don’t. For one thing, we’re in a pandemic. So instead, I’ve been plying neighbors with pizza. They even help make the pizza! (See the photo.)

I’m looking for other outlets for my pizza-baking urges. Last spring, I carted my gear to the Belmont Child Care Association‘s facilities, set it up in the parking lot, and made pizza for the kids. If the pandemic ever eases up, I’d like to do pizza events for worthy organizations.

But even with the current imbalance between supply and demand, pizza is fun to make, my Ooni helps me make great pizza, and everyone loves great pizza. So you might want to consider joining the growing crowd of Ooni owners.

(For my blog post Pizza Digressions 1: My Review of “The Joy of Pizza,” by Dan Richer with Katie Parla, go here.)