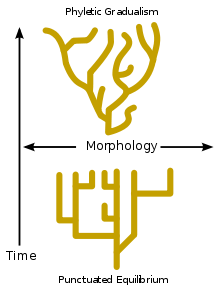 You’ve heard of “punctuated equilibrium,” right? That’s the notion that the evolution of species consists of relative stability for long periods interspersed with much shorter periods during which many species become extinct and new species emerge. (Go to Wikipedia for more.)

Well, bear with me.

I first paid attention to severability language in this 2011 post. I revisited the subject in this 2012 post, to adjust the category of contract language. I touched on the subject twice in 2013 (here and here), then nothing until this week, when with this post and related behind-the-scenes conversations I changed the introductory clause and restructured and reordered the rest. Why the renewed activity? Because recently I completed a manuscript on the ways in which contracts attempt to preempt judicial discretion. Severability provisions are an example of that, so I thought it time to take a new look at severability.

So, ta daaaah—punctuated equilibrium! My mastery of a particular topic advances in fits and starts. I write stuff. Years pass. Then some new bit of information comes along that prods me to take another look at it. I make progress. More years pass. I take another hack at it. And so it goes. Many topics I’ve noodled at for years.

For the cumulative effect of all this, compare the first edition of MSCD with the third edition.

I’d love to be able to offer enlightenment in one fell swoop, but that’s not how it works. Having me change tack periodically must be a bit frustrating, but presumably it’s better than nothing, which I suspect is what would mostly be on offer otherwise.