Should We Use the Section Mark in Contracts? 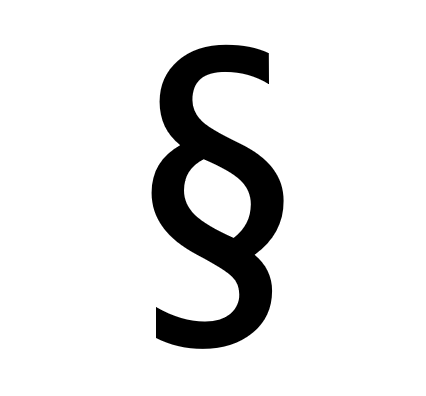 While poking through the wreckage of Bryan Garner’s new book on contract drafting (see my review here), I found only one idea worth considering further, namely his recommendation regarding use of the section mark (§). Here’s what he says:

We’re after efficient communication and error prevention. Thirty-three percent is slower, more cumbersome, and more prone to error than 33%. And § 6.4(a) is quicker and more reliable than subdivision (a) of section 6.4.

Although some argue that “§” is alien to the general public and therefore confusing, the general public is likewise probably unfamiliar with the pilcrow—the backward P with two downstrokes to mark a paragraph: ¶. Even so, people generally have no difficulty with the pilcrow and focus instead on the number that follows it. They see that they’re reading something with numbered paragraphs—a different kind of writing from what they’re accustomed to.

The same goes for the “§.” It’s one character, not four (sec.) or seven (section). The cumulative benefit in streamlining is tremendous—and readers no longer have to focus on a full two words, “section 474,” when the attention should be on a single unit: § 474.

Further, it takes only a few seconds to become accustomed to this abbreviated form. It doesn’t tax readers unduly. In fact, it does the opposite: it spares them the trouble of reading empty words.

But I’m not inclined to make this switch. For one thing, I think Garner overstates the extent to which it would benefit readers.

But my main reservation is that use of the section mark in the main text isn’t standard. For example, The Chicago Manual of Style refers to use of the section mark only in the context of notes. And for what it’s worth, the Bluebook rule 6.2(c) says “spell out the words ‘section’ and ‘paragraph’ in the text (whether main text or footnote text) of law review pieces and other documents, except when referring to a provision in the U.S. Code (see rule 12.10) or a federal regulation (see rule 14.2).”

Would people become accustomed to using the section mark in contracts? Some of them, sure. But if you’re in the business of selling change, you have to pick your battles. I wouldn’t put promoting use of the section mark anywhere near the top of my effecting-change wish list.

4 thoughts on “Should We Use the Section Mark in Contracts?”