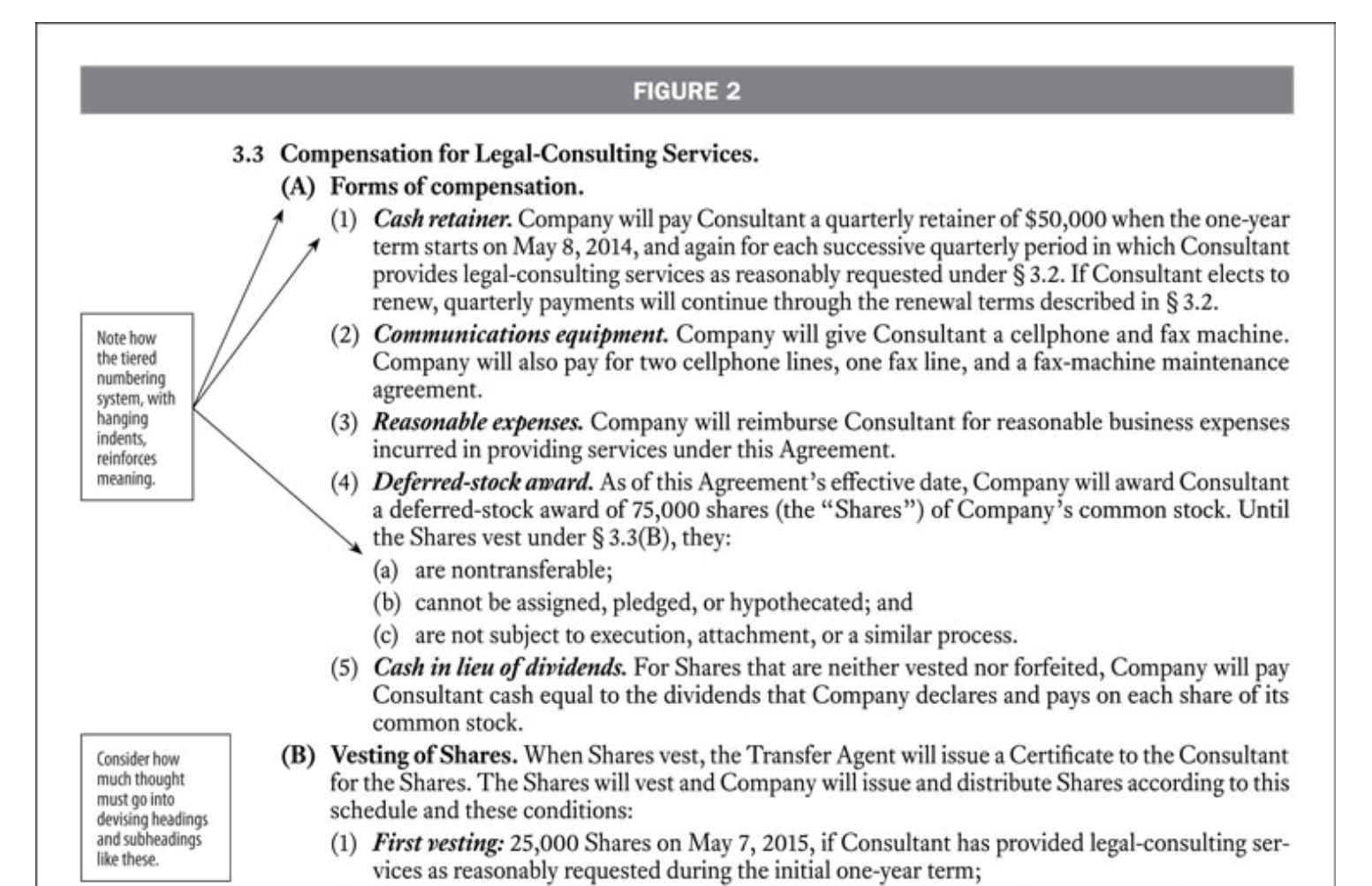 This article in the ABA Journal contains Bryan Garner’s version of part of a particularly impenetrable consulting agreement.

His focus is layout, and in his redraft he in effect offers an enumeration scheme for contracts. (The image above is the first part of it.) But it treats the constituent elements inconsistently.

Consider first the subsections, using the (A) hierarchy. Subsection 3.3(A) is just a heading; all the other subsections in section 3.3 contain text in addition to the heading.

This sort of inconsistency makes the reader’s job harder. The simplest indictment of Garner’s enumeration scheme is that it would be a nuisance to automate.

I have views on contract layout. The related chapter in A Manual of Style for Contract Drafting devotes 22 pages to the subject. It’s perhaps the most boring chapter in the book, because I make a point of explaining every decision underlying the two MSCD enumeration schemes. (For a taste of one of them, see this blog post.) Both schemes have been automated, thanks to the Numbering Assistant, by PayneGroup. (More about that here.)

By the way, Garner’s redraft in the ABA Journal necessarily reflects his notions of what that consulting agreement says and how to say it. I have some thoughts on that, but I’ll spare you: they wouldn’t make for thrilling reading.