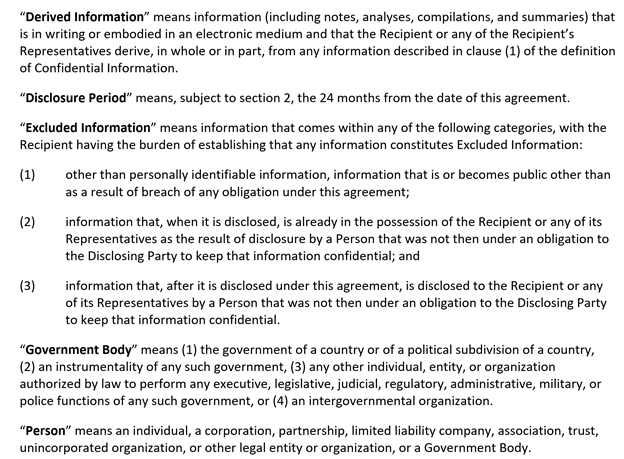 But you could instead opt to present the definition section using a table format: 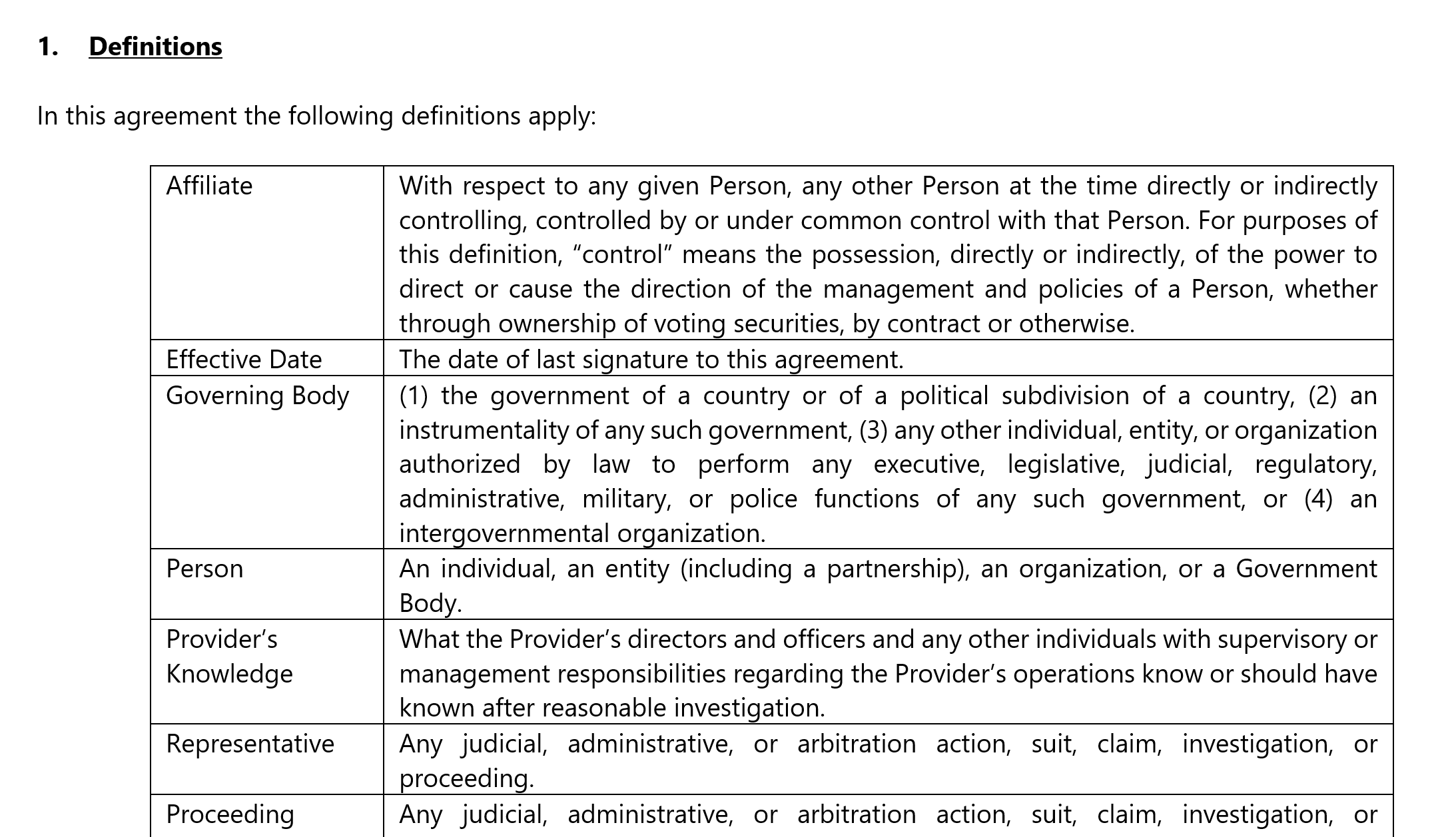 Here’s why I don’t use a table format:

Generally, using a table format is consistent with the let’s-break-text-up zeal of many Commonwealth drafters—it’s too much of a good thing, so ultimately I find it counterproductive.

That said, it’s nothing I get worked up about.