Can I Learn Anything from Richard Rawlings and “Gas Monkey” That Would Help Me in My Consulting Business? 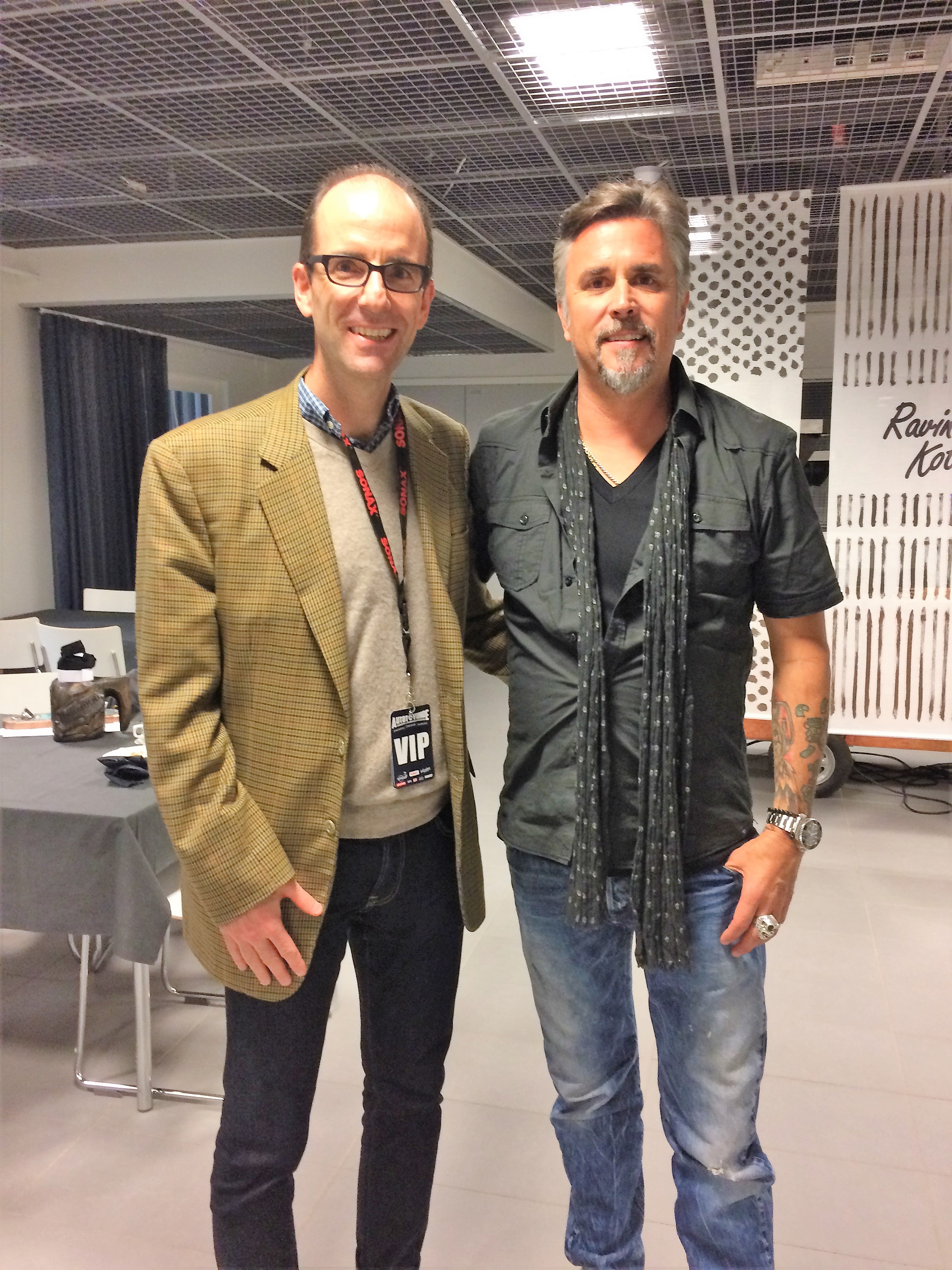 Last Saturday I was at the Lahti X-Treme Car Show in Finland (more about that here). I was having lunch in the VIP area with a contingent from the U.S. embassy when in sauntered Richard Rawlings, the big celebrity guest, fresh from a couple of hours of signing books, brochures, model cars, and assorted limbs.

Richard is host of the Discovery show Fast N’ Loud, which chronicles the adventures of Richard and his partner in Gas Monkey Garage as they hunt for beat-up classic cars to buy, restore, and sell. I don’t have occasion to watch reality TV, but I recall having seen part of one episode.

Richard was companionable enough to sit next to me and across from Ambassador Adams, otherwise known as my brother Charles. We cheerfully picked his brains. What’s the economic impact of the vintage-car and hot-rod industry in the United States? What business does he do with Europe? What does he think of vocational schools? What role do women play in the car business? How does he protect his intellectual property?

Before Richard ran off to sign more autographs, my wife Joanne got him to pose for this photograph with me, suggesting that his presence on my blog would somehow be cross-promotional gold. A deeply unlikely notion, to be sure, although he did shout out as he was leaving, “And I love lawyers!” But I was left wondering whether I could say anything about Richard that would somehow be relevant to what I do.

Richard was born in 1969. Some rooting around online tells me that after working as a law-enforcement officer, firefighter, and paramedic, in 1999 Richard started a printing and advertising company that he sold in 2004. A car buff from a young age, in 2002 he launched Gas Monkey Garage in Dallas. He started Gas Monkey Bar N’ Grill in Northwest Dallas and in 2014 added a second location at Dallas Fort Worth International Airport. (I recall having been mystified by the Gas Monkey logo at that location when I saw it on my last trip to Dallas.) In 2014 he added Gas Monkey Live, a live-music venue.

A big part of the Gas Monkey brand is apparel. Richard told Charles and me that they’ve just added doggy apparel. I won’t tell you what the projected sales are—it would cause you to quit your day job and move to a cabin in the woods.

Plenty of people work on cars. Countless people open restaurants. But to build the sort of business that Richard has—something novel that offers a bigger stage—you need more than talent and hard work. You also need hustle, smarts, and imagination.

I’ve been on my own for the last ten years. I’ve done fine and have enjoyed myself thoroughly. But it’s clear that in my consulting business I have an opportunity to build something more dynamic than books and seminars. But it’s a bigger stage, so I’ll need all the hustle, smarts, and imagination I can muster. In particular, I’ll need a squad of helpers. That’s something I’m already working on, as I announced in this post. In fact, I’ve just engaged my first collaborator.

So wish me luck. You’ll know I’ve succeeded when I announce a line of Adams Contracts Consulting doggy apparel.