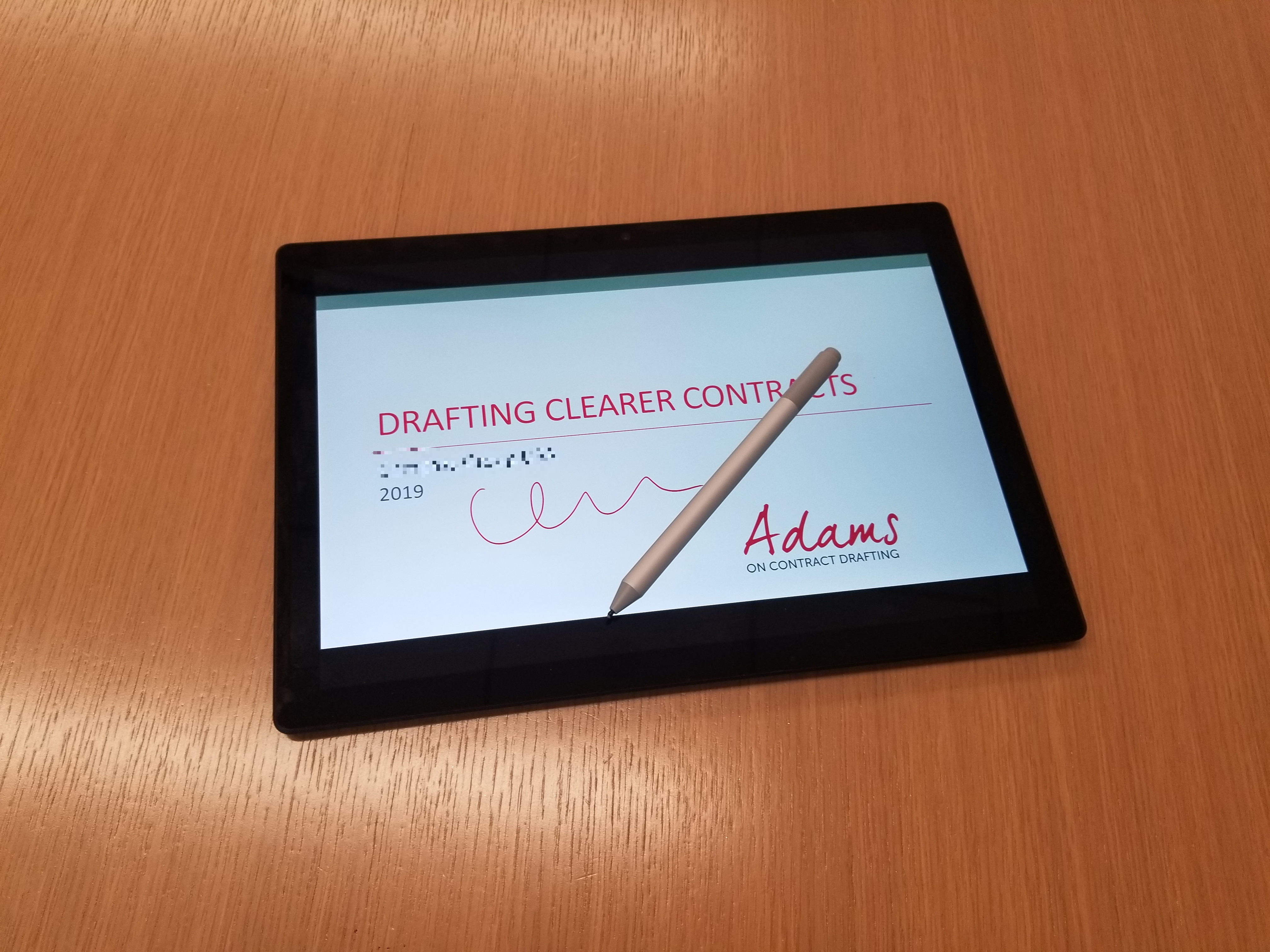 I’ve had my Microsoft Surface Pro 4 for three and a half years. It’s a travel laptop, and it’s been perfect for what I do. It’s light, so humping it around the world hasn’t been a problem. It’s plenty powerful and capacious. And I’ve used it in tablet form to do PowerPoint presentations for my “Drafting Clearer Contracts” seminars.

Using it for seminars is particularly nifty. With my Surface pen, I annotate my text-heavy PowerPoint presentations on the fly. And using a Microsoft Wireless Display Adapter, I connect wirelessly to the projector or screen, so I’m able to roam the room. I’m not tethered to a lectern or projector.

I described the wireless setup in this 2016 post, but for the first two years it was very buggy—I was able to use it only about one time in every eight tries. But evidently the technology kinks have now been worked out.

This year my SP4 succumbed to a known hardware glitch that caused the screen to flicker annoyingly. I waited a couple of months to see if the flickering would go away, all the while nervous that it would appear during a seminar. This week I finally threw in the towel and replaced it with a Surface Pro 6. The specs are the same (i5 processor, 256GB storage, 8GB RAM), except it has a black finish instead of platinum. I had to purchase it, as I had reported the problem to Microsoft three months after the three-years-from-purchase deadline for getting a free replacement. But I’m OK with that, as the SP4 had started to show its age in other ways.

Yesterday I used the SP6 in a seminar for the first time. (The SP6 is in the photo at the top if this post.) The only difference from the SP4 was that with the SP6’s extended battery life, I wasn’t worried about it running out of power. (The SP4 had started conking out in the last few minutes of a seminar.)

It’s nice when something flat-out works.