The Hole in Corporate Contracting Where Quality Should Be 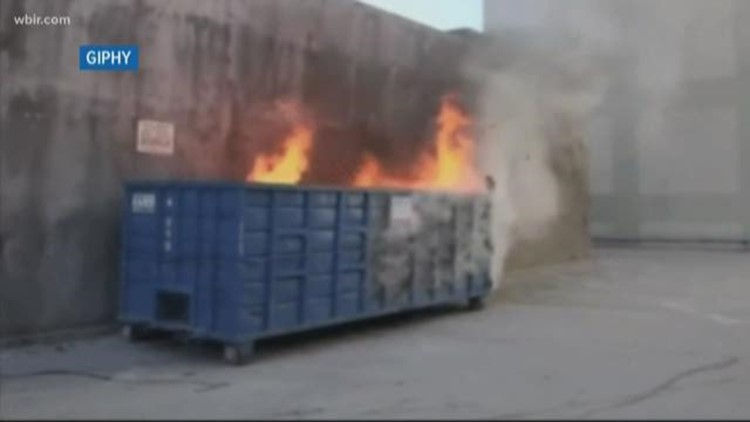 The restructuring presents a unique opportunity for EY Law to expand the scope and meaning of “legal services,” reinvent how they are delivered, broaden the range of legal careers for licensed attorneys and allied legal professionals, and extract greater value from the legal function by aligning and integrating it with business. EY has the potential to change the legal delivery paradigm by providing multidisciplinary, vertically-integrated business, technology, and legal solutions. This will benefit its customers as well as the broader business community. It will also offer new career options for licensed attorneys, allied professionals, and paraprofessionals.

Mark then goes on to describe in greater detail the benefits that this restructuring will unlock. Faster. Cheaper. A bigger pie. But one thing missing is any mention of quality. The closest Mark gets is saying that EY will have access to institutional capital to fund long-term investments in, among other things, talent. But there’s no direct connection between talent and quality.

So EY’s restructuring would seem to be entirely process-driven. I see no indication that quality gets a look in.

Serendipitously, last week I also saw Only 8% of Legal Teams Care About Quality. Really?, by Jamie Wodetski. Here’s the gist:

Tracking quality is not a priority. That is one possible conclusion to draw from the latest Legal Department Operations Index, published by Thomson Reuters. When asked to rank the metrics most routinely reported on by legal, a mere 8% included quality of legal outcomes in their top 3. By contrast, around 70% are tracking total spend by law firm, while other spending measures make up most of the top ranking metrics.

So between Mark’s piece and Jamie’s piece, a guy could be forgiven for thinking that quality isn’t a high priority for corporate legal departments and those who serve them. How does that relate to contracts?

Corporate legal departments engage in a variety of activities and consume a variety of legal services, but a substantial chunk of that involves working with contracts.

When it comes to contracts, quality is indeed absent, because quality requires standards. Contracting has long been driven by copy-and-paste, which doesn’t involve standards. Instead, the overwhelming majority of deals are done by replicating precedent contracts of questionable quality and relevance. And we rely on urban myths to justify choices mandated by the copy-and-paste machine. Without standards for what you say in contracts and how you say it, you have a void where quality should be.

The business world does the same kinds of transactions over and over, so it stands to reason that transactional work would be precedent driven. But the copy-and-paste system suffers from two major flaws. First, it’s an industrial process that’s built on, and perpetuates, artisanal content that’s mediocre at best. And second, word processing is an inefficient way to replicate precedent while allowing for customization.

The lack of quality is prominently on display in contracts, in terms of both what you say in contracts and how you say it. I could repeat for the overwhelming majority of companies the critique I recently offered of the drafting of Salesforce’s master subscription agreement. (Click here to download a Word document with my before-and-after analysis of six extracts.)

Companies pay dearly for the absence of quality. Thanks to dysfunction in what contracts say and how they say it, companies waste vast amounts of time and money at every stage in the contract process—drafting, reviewing, negotiating, and enforcing. They’re lumbered with suboptimal outcomes. And confusing contract language routinely results in disputes.

Many who work with contracts care about quality, but quality tends to be left to the individual. That’s because retooling a company’s contract process to incorporate quality is disruptive, and not in some rah-rah, feel-good way. It requires elusive expertise. It takes time and money. It imposes major change on your contracts personnel. And it might even make your clients suspicious.

I have yet to encounter a company that handles well this sort of change. Instead, I’ve seen template initiatives grind to a halt at the prospect of change. I’ve seen senior management go out of their way to avoid discussing quality. I’ve witnessed contracts personnel bridle at the suggestion that their contracts are suboptimal.

The odds are against anyone challenging inertia at a given company—doing so can make you seem like a troublemaker. And those with the authority to effect change might be sufficiently removed from day-to-day contracts work that they’re willing to accept blithe assurances that all is as it should be.

Furthermore, the costs of dysfunctional contract language tend to involve the drip-drip-drip of time and money being chronically wasted and the easy-to-dismiss risk of getting involved in an expensive and potentially messy dispute. And the benefits of fixing contract language aren’t easy to quantify. Those costs and benefits matter only if you plan for the long term. If you’re focused on the short term, they’re easy to ignore.

Instead of actually making contracts better, companies are willing to pay lip service to quality. Consider that feature of the corporate contract process, the “contracting center of excellence.” Here’s how EY describes contracting centers of excellence (in this 2021 piece): “A dedicated team set up in a lower-cost jurisdiction, enabled with the right technology and processes, can handle the contract workload more efficiently than siloed contracting teams.” Tacking “of excellence” on to the name would seem a transparent exercise in wish fulfillment—the act of satisfying a desire by indulging that desire in dreams or daydreams. It’s a fantasy of quality.

Instilling quality in contracts requires two components. First, you need expertise in what to say in contracts and how to say it. Then you need a vehicle to deliver it.

The how-to-say-it kind of expertise has been elusive, but I like to think we’ve got that covered now. My book A Manual of Style for Contract Drafting, published by the American Bar Association, offers comprehensive guidelines on how to say clearly and concisely whatever you want to say in a contract. It was first published in 2004; the fifth edition, weighing in at over 650 pages, will be published in early 2023. MSCD has sold tens of thousands of copies; the ABA considers it a grand legal-publishing success. It would be simple enough to train a cadre to apply MSCD’s guidelines to contracts.

As for obtaining the what-to-say kind of expertise, that should primarily be a matter of recruiting subject-matter experts and having the MSCD cadre harvest and edit the relevant information.

But to deliver that information, you would have to feed it into a system compelling enough that a meaningful portion of those who work with contracts would be willing to sidestep the copy-and-paste machine. The only viable option would be to build a library of questionnaire-driven automated templates of commercial contracts.

The templates would offer extensive customization for those who want it. They would be comprehensively annotated, to explain the choices offered. Nothing currently available is anything like that ambitious. The key technology would be of a nonglamorous but effective sort—document-assembly software.

The idea of a library of automated templates is hardly new, yet no one has yet taken up the challenge in a meaningful way. What’s required to overcome inertia is opportunity and desire.

The opportunity is certainly there. Business contracts have long been essential to commerce. Putting the vast contract ecosystem on a more efficient footing could certainly support a business.

When I started writing MSCD, I was driven by the idea that making contract drafting more efficient required comprehensive guidelines for clear and concise contract language. Because no such guidelines existed, I figured I should create them myself. That task is a finite one, and with the fifth edition of MSCD, I think it has largely been completed. It’s now time for me to move on to the next challenge. I hope I get to play a role in building a system to help fix that which ails traditional contract drafting.

What drives me is a sense of civic duty and the same cussed determination that has kept me working on MSCD for more than 20 years. Without a system that allows users to create optimal contracts quickly and inexpensively, MSCD will remain a luxury for those with the time and resources to make use of it, and contracts will remain mired in dysfunction.